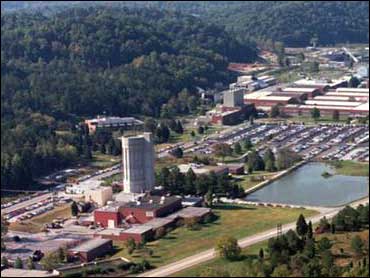 Controls at the Y-12 weapons plant have since been tightened and there was no evidence the workers had access to any sensitive documents, said the National Nuclear Security Administration, which oversees nuclear weapons facilities for the Department of Energy.

However, the said in the report issued Monday that its field agents found "official use only" documents "lying unprotected in a construction trailer which was accessed by the foreign construction workers" at the plant.

"Thus, these individuals were afforded opportunities to access ... (this) information," the inspector general wrote. "We concluded that this situation represented a potentially serious access control and security problem."

The report, initiated by a tip in 2004, said the workers had fake green cards that certified them to work in the United States. Their cases were turned over to the Immigration and Customs Enforcement agency for deportation.

The Y-12 plant, created for the top-secret Manhattan Project that developed nuclear bombs in World War II, makes parts for nuclear warheads and is the country's principal storehouse for weapons-grade uranium. The plant in Oak Ridge, about 25 miles west of Knoxville, has been criticized for losing keys to sensitive areas and purported cheating on security drills, weaknesses that officials say have been corrected.

In response to the foreign workers intrusion at the plant, visitors now must provide passports or birth certificates along with other background information.

He said the case was turned over the IG after investigators confirmed that some undocumented workers had access to the area.

The inspector general said it was particularly concerned about allowing subcontractors to self-certify the citizenship of their employees, and that the Office of Counterintelligence didn't know foreign constructions workers were at the Y-12 site until it was notified by the inspector general's office.