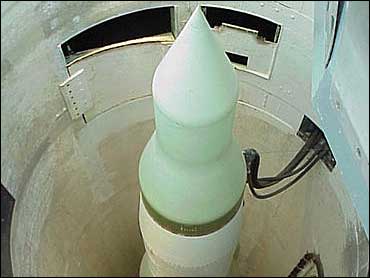 Energy Secretary Spencer Abraham on Tuesday ordered a broad overhaul of security at the nations' nuclear weapons labs where lapses have ranged from misuse of credit cards and missing computers to guards who were found asleep on duty.

The labs are in the middle of another uproar over security and one congressman says their managers have failed to grasp "the stern realities" of today's increased threats from terrorists.

A congressional report said that long-term security upgrades necessary to meet the increased terrorist threat since Sept. 11, 2001, are not expected to be fully in place and tested at the department's nuclear weapons complex for two to five years.

Linton Brooks, head of the National Nuclear Security Administration, acknowledged it will take some time for all facilities to upgrade security to meet the new requirements, but he said he believed they will be in place sooner than the GAO report indicated.

Abraham appeared determined to get a handle on short-term security needs.

"In light of recent security incidents at the labs…improved security must be aggressive and far-reaching," said Abraham. He directed Brooks "to launch a comprehensive security overhaul" at the labs and "put in place any immediate changes" deemed necessary to prevent future security problems.

"The stern new realities of the post Sept. 11 world have been far too slow to penetrate the hardened bureaucratic maze of DOE offices, contractors and (weapons) sites," complained Shays.

Grassley described what he called "a laundry list of horror stories" at the weapons labs, including lost keys to secure areas, guards found sleeping, stolen laptop computers, and a case where two vials of plutonium oxide were missing for two years without being reported.

In another incident, a van was stolen from a secure area of the Sandia lab, driven through a fence and later found in a commercial parking lot. The incident was treated as "a routine auto theft" although no one knows what might have been inside the van. A classified computer was also missing from the same area, Grassley said, citing information from a whistleblower.

The security flaps already have had serious fallout.

Sandia's security chief, Dave Nokes, announced his retirement Tuesday at the urging of the lab's president, C. Paul Robinson, who said the move was prompted by findings that Nokes' office had impeded an internal security investigation.

Earlier this year, the director of the Los Alamos lab, John Browne, resigned amid disclosures of mismanagement and a scandal over misuse of credit cards and property theft.

Two men who investigated the credit card misuse said they were fired as punishment for revealing the problem. They were reinstated in January.

The controversy has prompted the Energy Department for the first time to open the Los Alamos management contracts to bidding, possibly ending the University of California's 60-year involvement with the lab.

A GAO report said "ongoing confusion about roles and responsibilities" as well as security staff shortages at all the nuclear weapons sites — both the labs and other facilities — continues to hamper security oversight.

"NNSA has not been fully effective in managing its safeguards and security," the report concluded.

One problem was that the agency did not always check whether the contractors who run the labs had taken the required steps to fix security lapses. In 43 cases from 1999 to 2002 reviewed by the GAO, contractors took the steps in less than half.

In addition, the GAO found, the nuclear security agency "has shortfalls at its site offices in the total number of staff and in areas of expertise, which could make it more difficult for the site offices to oversee safeguards and security effectively and to ensure that the agency fully knows security conditions at its sites."

Brooks, whose semiautonomous agency within the Energy Department was created three years ago to increase security oversight, acknowledged concern about a "lax" attitude and "cultural problems" that he said led to the recent incidents.

He announced that two retired admirals, both former commanders of the U.S. Strategic Command, will review aspects of the security situation at the weapons complexes, including the research laboratories and manpower needs.

The recent problems come just a few years after the Los Alamos lab was embarrassed by the 1999 arrest of scientist Wen Ho Lee for mishandling sensitive documents. Lee pled guilty to one count and was released from jail in 2000.