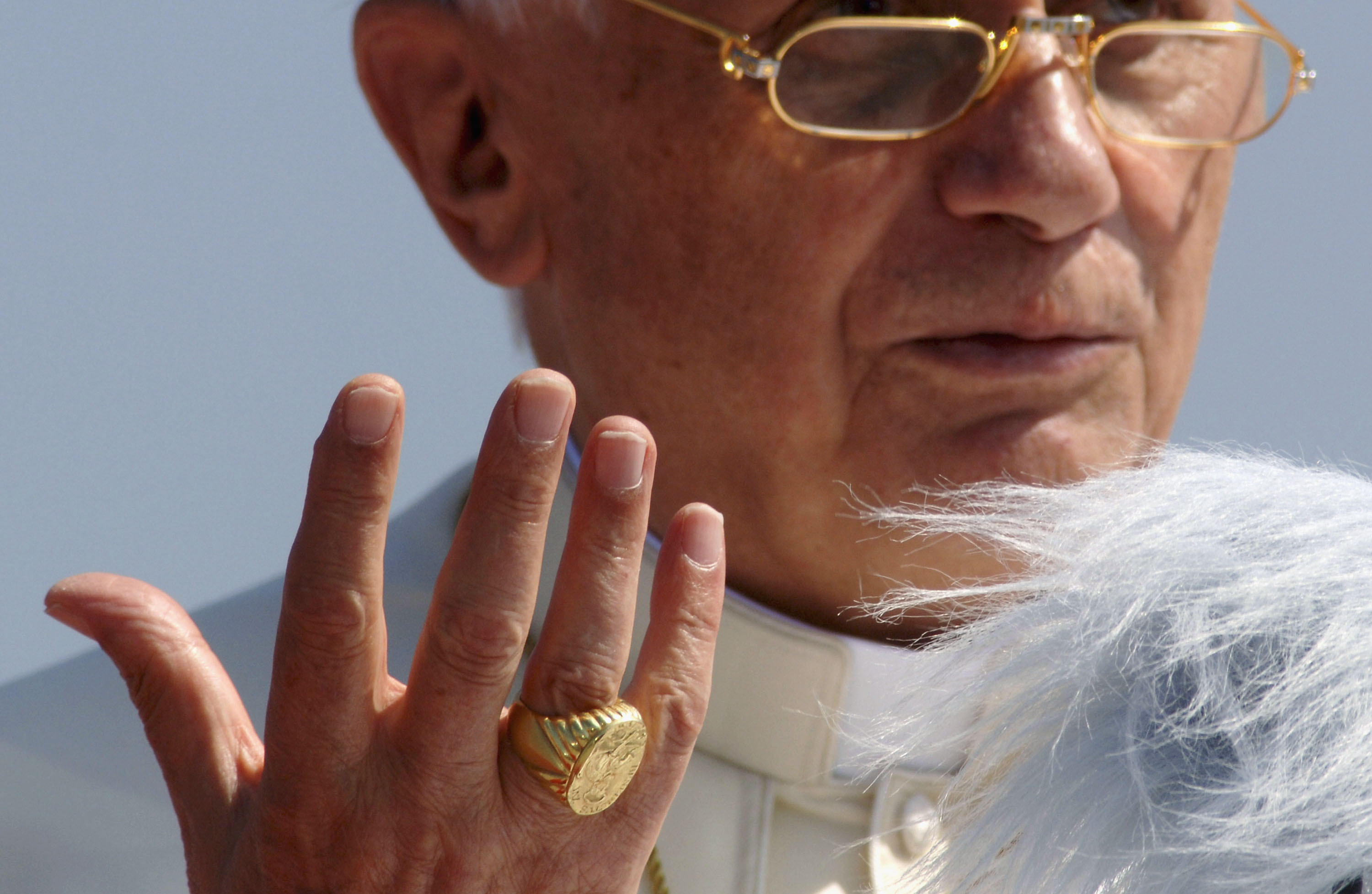 (CBS News) Whoever becomes the new pope, one thing is certain: he'll wear a new papal ring -- a unique piece of jewelry that is cast for each pope.

When it comes to ornamentation, it's hard to beat the collection the Vatican has built during more than two millennia, but one very special piece has a limited shelf life: the pope's ring.

Former Pope Benedict XVI's ring has been kissed by everyone from heads of state to cardinals and priests to ordinary people from every walk of life and scores of countries.

The pope's ring, called The Fisherman's Ring, is also, technically, an official seal, exclusive only to him. So when Benedict resigned, so did his ring. Traditionally, the ring is broken with a hammer.

As vice president of the Roman Guild of Goldsmiths, Claudio Franchi was commissioned to make the ring when Benedict was elected in 2005. He said reports that the ring will be destroyed are a mistranslation of the Italian word "biffatura," which means "to cross out."

"The ring is marked with a cross on the upper part as a symbol of the end of the papacy," he said. "It is not destroyed."

The chosen design for Benedict ring was inspired by a Michelangelo painting. The final concept required more than 200 sketches and colored drawings. It depicts St. Peter, who was a fisherman, and carries the inscription "Benedictus XVI," the pope's official title in Latin. The elliptical shape represents the piazza in front of St Peter's Basilica, laid out by the sculptor Bernini in the 17th century.

The ring is 35 grams of pure gold. It took eight artisans working 15 hours a day for two weeks to make it. That adds up to an expensive piece of jewelry, but some things can't be measured in money.

CBS News correspondent Allen Pizzey asked the goldsmith, "Is the value of this ring the price of the gold, the work you put in it, or what the ring means overall?"

Franchi said, "The value of the time and the gold is nothing. It is effectively annulled by the strong symbolic power and the fact that it has been worn by Benedict XVI and that it tells a story that is a basis of Christian faith."

It is also the product of skill passed on from father to sons, and honed over a lifetime. As a Roman goldsmith, Franchi said a papal commission was "the highest point of my career."

And it looks like it may be repeated. The Vatican has announced that the new pope's ring will be the same as the old one -- except for the name change.

For Pizzey's full "CBS This Morning" report, watch the video above.