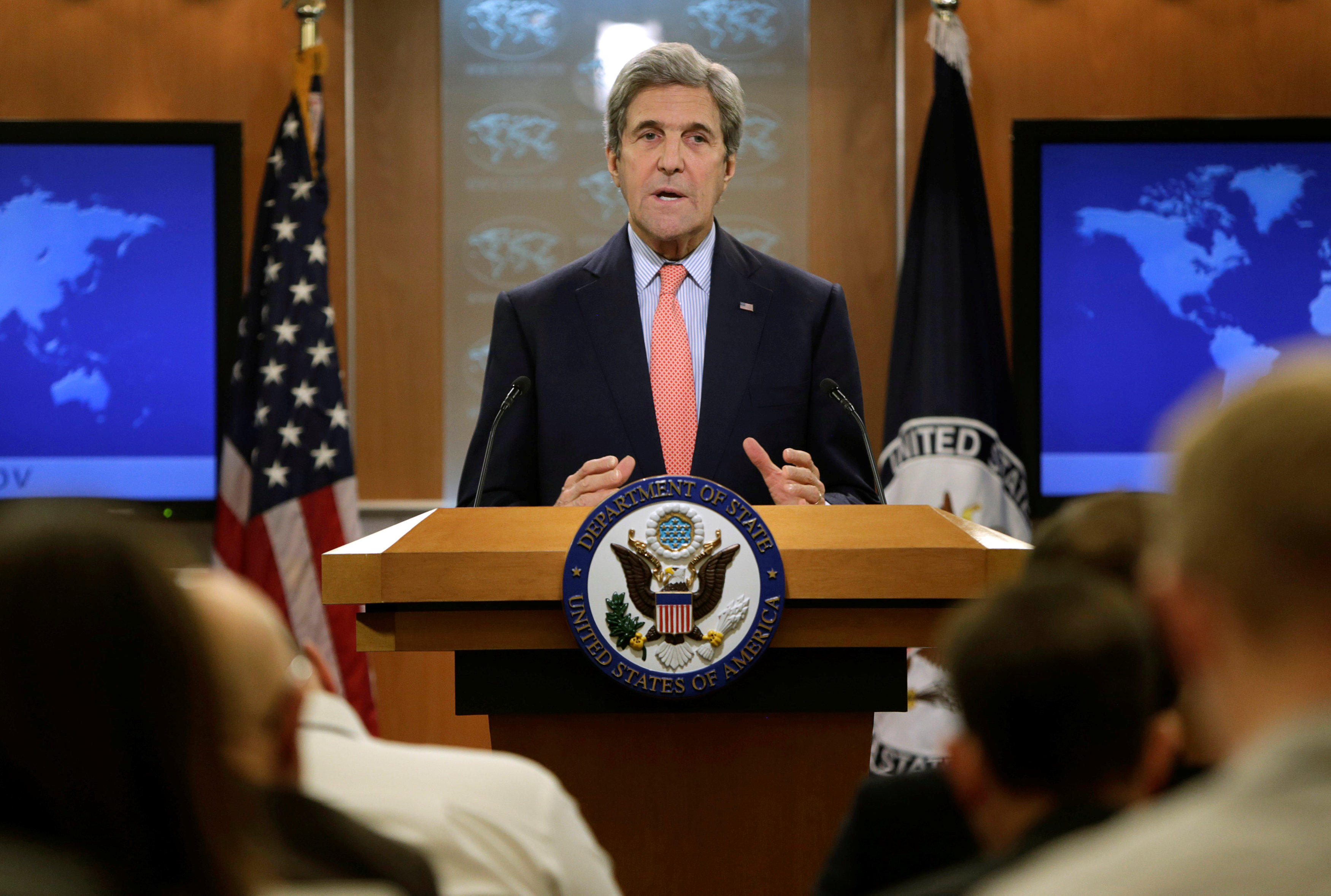 From the podium at the State Department on Thursday, Secretary of State John Kerry compared the slaughter underway in Aleppo to the 1995 Srebrenica genocide. Using that vivid, symbolic imagery Kerry came as close as he’s allowed to calling it ethnic cleansing.

Without specifically naming the Iranian-backed Shiite militias believed to be carrying out door-to-door killings in a small pocket of besieged Aleppo, he referenced the “unleashing of a sectarian passion” to carry out “nothing short of a massacre.” He called for “safe passage” and “corridors of evacuation” from this area, and for supplies of aid to be allowed in. He appealed for a halt to what he described as a slaughter of civilians, medical personnel, and aid workers by the “Assad regime.”

Kerry did mention his “understanding” that 1,000 people had been allowed out in buses and convoys to move toward the Turkish border. However, he said the U.S. has heard that a convoy of injured had been fired on the “regime forces and allies.” He also said he’s tracking reports of men aged 18-40 who “went missing days or even weeks ago” or being “detained or forced to fight” when they’re allowed to exit.

Kerry acknowledged one positive development: Russia pledged to assist in the monitoring of evacuations and allow in the International Red Cross, Syrian Arab Crescent, Red Arab Crescent to help with the monitoring. Turkey also said it will accept more evacuees for aid and treatment.

Kerry – who has privately, repeatedly, and unsuccessfully advocated for the White House to back up his diplomacy with the use of limited military force – said talks were the best way forward from this point. He blamed Russia and those allied with the Assad regime for the past failures.

All of the countries nominally backing the rebels are willing to negotiate – specifically he named Turkey and Qatar – but he said Assad and his Russian and Iranian allies have not been willing to live up to the international agreement for a political transition in Syria. He called for peace talks to start with the recognized political opposition.

European and American diplomats tell CBS News that they estimate there are around 30,000 civilians trapped in this pocket of besieged Aleppo.