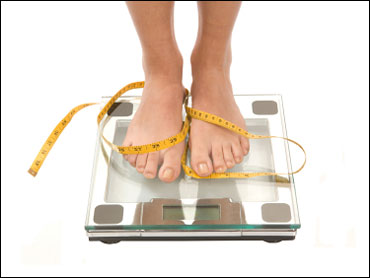 Let's face it, your family is looking for the real deal around the holidays, not a low-fat version of anything.

No doubt, your Thanksgiving table will be filled with full-fat, full-flavor deliciousness. Which is fun on the day, but tough on your waistline.

But there are sneaky adjustments you can make to your favorite holiday recipes that will save you calories without sacrificing flavor.

Diane Henderiks, known as "the Dietitian in the Kitchen," shared low-fat options on "The Early Show Saturday Edition" that could save you more than 1,000 calories from the feast - pretty good, considering that a typical Thanksgiving dinner has more than 2,000!

In a small bowl whisk milk and flour. Set aside

In a large saucepan sauté garlic and leek in oil for about 2 minutes.

Stir in milk mixture and cook about 2 minutes until begins to thicken.

Remove from oven; stir and season to taste with salt & pepper.

Place sliced onions in even layer on baking sheet.

Sprinkle with salt and shake pan.

Stir and cook until onions brown. Set aside.

Saute mushrooms in oil until tender - about 5 minutes. Set aside.

Whisk together soup, milk and black pepper in medium bowl. Gently stir in string beans, mushrooms and half of onions.

Pour into baking dish and bake, uncovered until bubbly, about 30 minutes.

Sprinkle with remaining onions and bake another 5010 minutes until done

Place rack on bottom shelf of oven and preheat to 425°F.

Place on bottom rack of oven and bake for 15 minute (TIME this step!)

Reduce temperature to 350°F and bake until knife inserted in center comes out clean (a bit of moisture is OK) - about 35 minutes. Cool.

Place sweet potatoes on baking sheet and roast until tender - about 30 - 40 minutes.

Crumble bread into bite-sized pieces and place on baking sheets. Bake until dry but not browned, about 10 minutes. Cool & transfer to very large bowl (I use a big stock pot).

Saute sausage in large, heavy skillet over medium heat for about 10 minutes until cooked, breaking up with the back of a spoon. With slotted spoon, transfer sausage to a bowl and set aside.

Return sausage to skillet and toss to combine.

Pour mixture over bread. Add thyme and pepper. Combine all ingredients together with hands.

Add chicken broth. (Can be made one day ahead. Cover and refrigerate)

Mix in eggs, evaporated milk and broth. Season to taste with salt.

Transfer to baking dish. Cover with foil and bake until heated through (about 40 minutes)

Uncover and bake until brown on top (about 10 minutes).