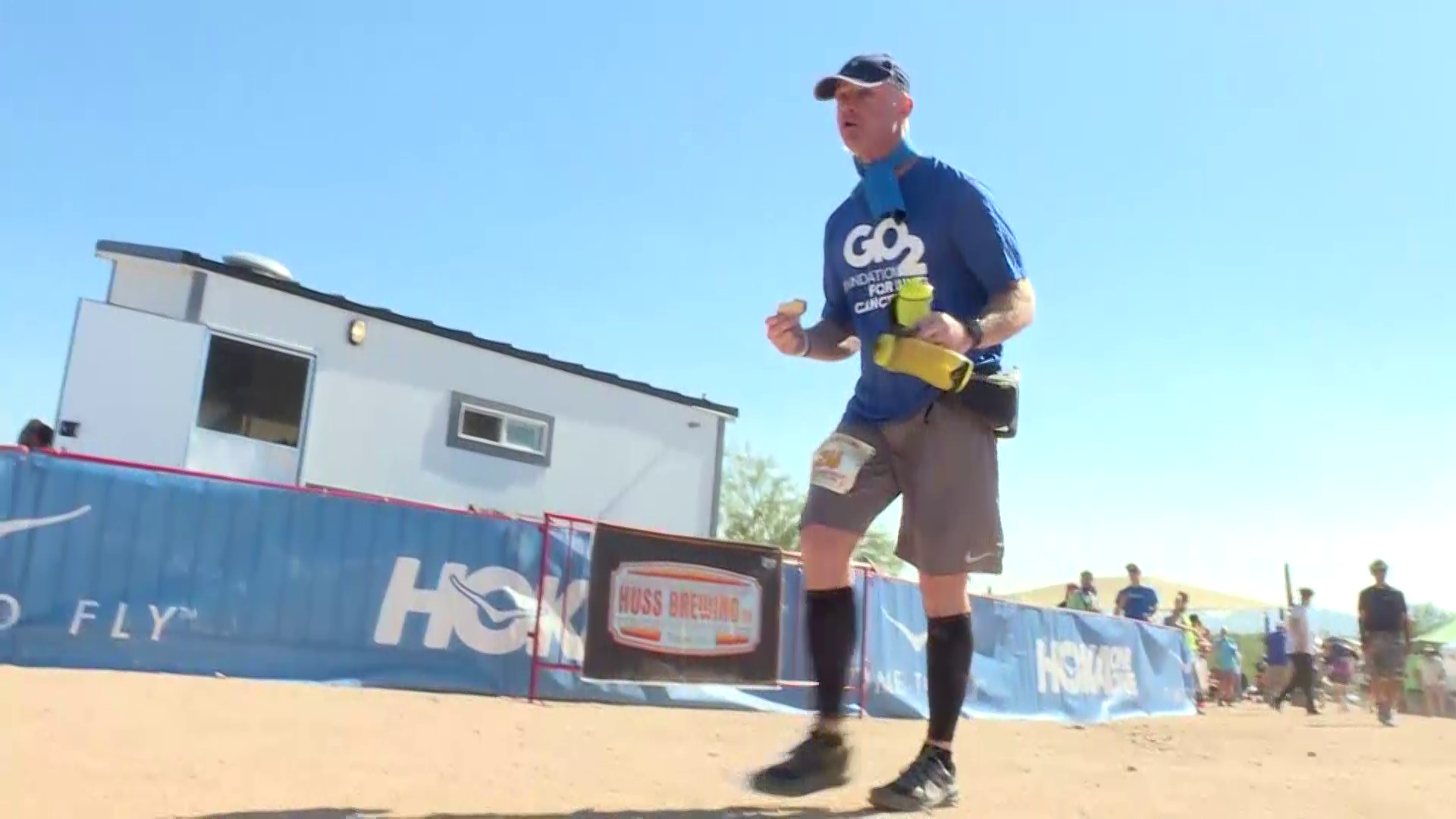 A year ago, Wellman thought he had a chest cold — but that presumed cold turned out to be stage 4 lung cancer. Last month, he started radiation for tumors in his brain. But even that didn't stop him from attempting to run the 100K, which is approximately 62 miles.

"Lung cancer kills more Americans every year than any other cancer out there," Wellman said.

He also wants Americans to know that lung cancer can target non-smokers, like him, too.

"If you have lungs, you can get cancer," he said.

Severe cramping did stop Wellman — but only after he had run 43 miles, grinding out each one for his family, his secret service colleagues and others with cancer who might not have the strength to do what would seem to be impossible.

"This is a long fight, and we're just getting started," he said.