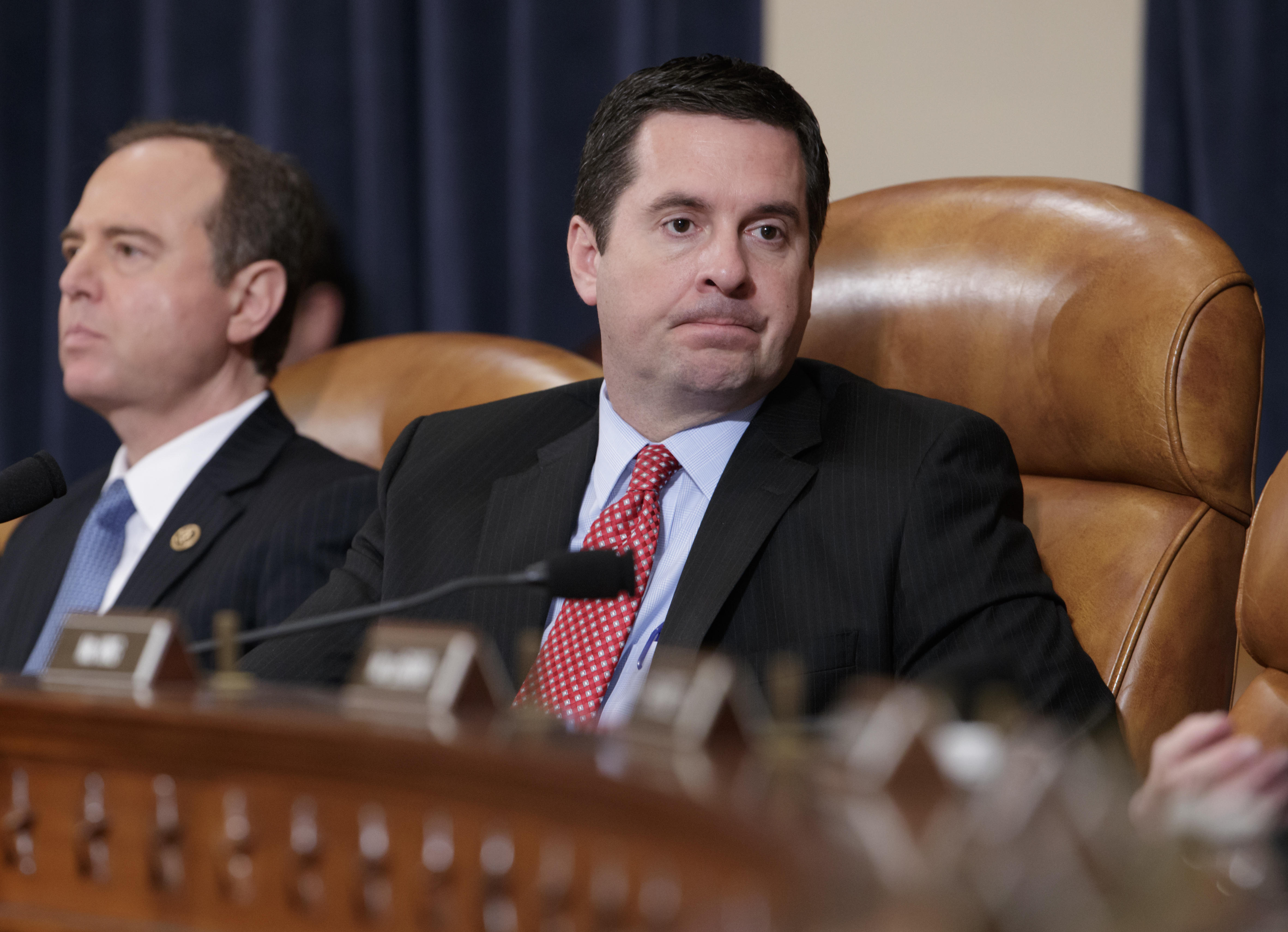 The White House expects to inform Congress probably Friday that the president is "okay" with publishing the GOP House Intelligence Committee's memo. The president reviewed the four-page memo this week, after Republicans on the committee sent it to the White House. The committee voted on straight party lines Monday to publish the memo, a move strongly opposed by ranking Democrat Adam Schiff, as well as by FBI Director Christopher Wray and Deputy Attorney General Rod Rosenstein.

A senior Trump administration official told reporters Thursday, "We have had over the last couple days to look at it to make sure it doesn't give away too much in terms of classification. Right now, I think it will be that we tell the Congress, probably tomorrow, that the president is okay with it. I doubt there will be any redactions. Then it is in Congress' hands after that."

House Intelligence Committee Republicans will determine the timetable and procedure for making the memo public.

The FBI said in an unusual statement Wednesday that it has "grave concerns" about releasing the classified memo. Wray told the White House he opposes the release of the GOP-authored memo because he's concerned its narrative is slanted and contains inaccuracies.

Former FBI Director James Comey, who was fired by President Trump in May, tweeted his appreciation that the FBI made its opposition known.

The top Democrat on the House Intelligence Committee added another objection to the memo's release Wednesday, claiming there were "material changes" made to the memo after the committee voted on its release, but before the Republican majority sent the memo to the White House for review. Schiff demanded another vote be held on the release of what he's referring to as the "modified document," but Republicans on the committee dismissed his objections.

If the Intel Committee does release the memo, CBS News senior national security analyst Fran Townsend told "CBS News this Morning" that Wray will have a response ready.

"My understanding from sources inside the FBI is that Director Wray is that if the White House decides to release the Nunes memo, Director Wray is prepared to issue a rebuttal, and so the question is, what would that contain?" They're under siege. This is the tearing down of a respected institution."

Townsend, who ran the department in DOJ that requests FISA warrants from the FISA court, described the process of obtaining a warrant as one which involves extensive internal reviews by both the FBI and DOJ before the request goes to the FISA court.

"No FISA warrant relies on a single piece of evidence," Townsend said. "So if the allegation from Chairman Nunes is that they relied solely on the Steele dossier, that's not possible. It never happens."

In a Washington Post op-ed, Schiff also raised the specter of a constitutional crisis over the majority's move to release the memo, "by setting the stage for subsequent actions by the White House to fire Mueller or, as now seems more likely, Deputy Attorney General Rod J. Rosenstein, an act that would echo the 1973 Saturday Night Massacre."