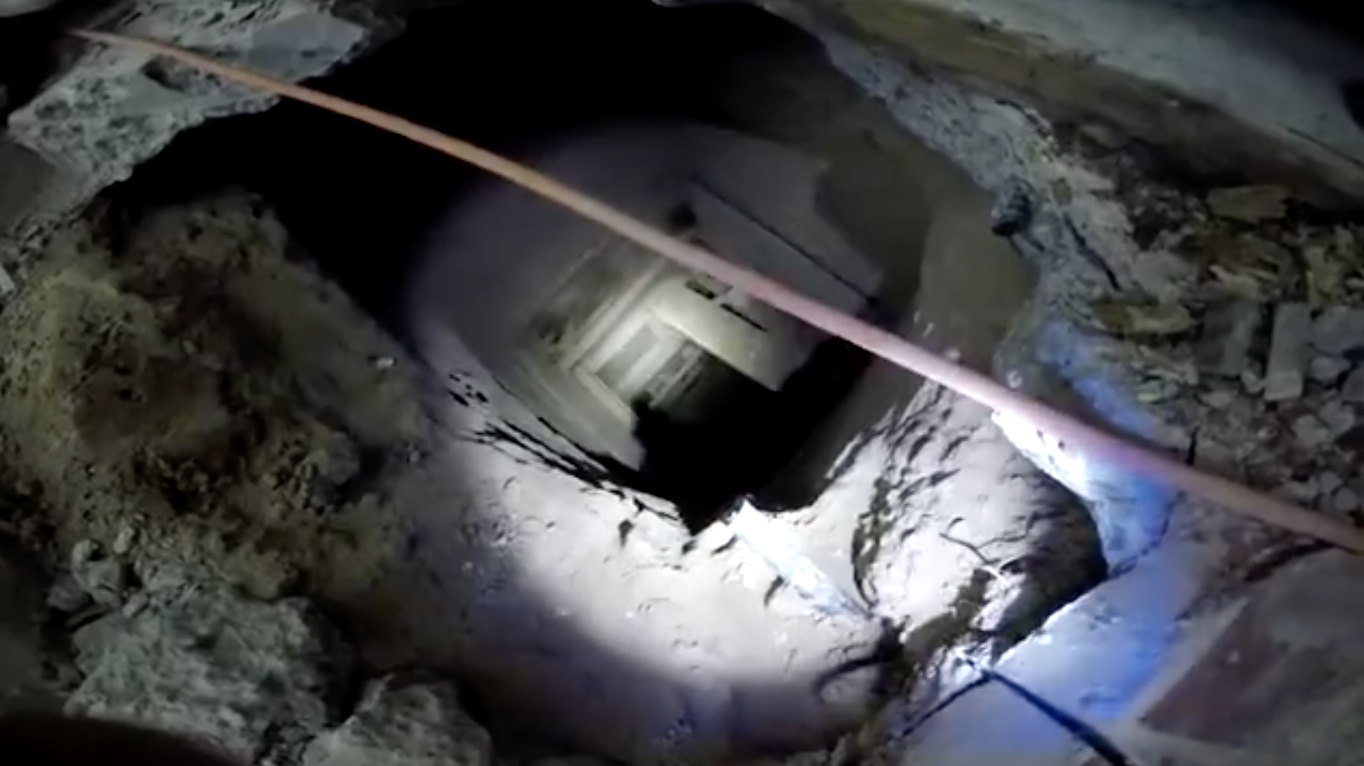 A tunnel that stretches from a former Kentucky Fried Chicken in Arizona all the way to a home in Mexico was discovered last week by investigators, who believe the secret passageway was used for drug smuggling, KSWT reports.

Homeland Security Investigations said the tunnel was discovered on August 13, after the owner of the former KFC, Ivan Lopez, was pulled over by the San Luis Police Department. A canine unit alerted officers to two toolboxes in Lopez' truck. Inside the boxes, authorities say they found 118 kilograms of methamphetamine, six grams of cocaine, three kilograms of fentanyl, 13 kilograms of white heroin, and six kilograms of brown heroin. The fentanyl alone equaled three million dosage units, HSI's Special Agent in Charge Scott Brown said.