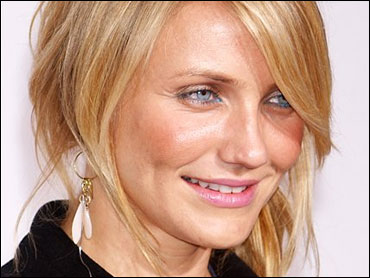 Cameron Diaz accepted "substantial" damages Friday from a British tabloid for alleging she had an affair with a married man, her lawyer said.

The actress' lawyer, Simon Smith, did not say how much Diaz received in the out-of-court settlement after suing News Group Newspapers, publishers of The Sun, over an article which appeared in the paper in May 2005.

It was the second legal victory in a week for Diaz. On Monday, a photographer who tried to sell topless photos of the star in 2003 was found guilty of forgery, attempted grand theft and perjury by a Los Angeles court.

Smith, managing partner of the media law firm Schillings, said publication of the allegations had damaged Diaz's personal and professional reputation and "caused distress" to all those concerned.

Diaz, star of "Charlie's Angels", "Shrek" and "The Mask", has been dating singer Justin Timberlake since 2003.

The Sun has now accepted that "the incident involved no more than Ms Diaz giving a friend a goodbye hug and any suggestion of a romantic involvement is entirely untrue and without any substance whatsoever."

The publishers' lawyer, Benjamin Beabey, told judge David Eady that they were accepting that the allegations "are without foundation and ought never to have been published."

News Group Newspapers have also agreed to publish an apology and retraction in its newspaper and reimburse Diaz's full legal costs.

But Diaz is not done with her legal fights yet.

The settlement does not include another defendant, American Media Inc, which publishes the National Enquirer. According to Beabey, The Sun's article was based on an earlier report by the Enquirer.

The action against American Media will continue, Smith told The Associated Press.