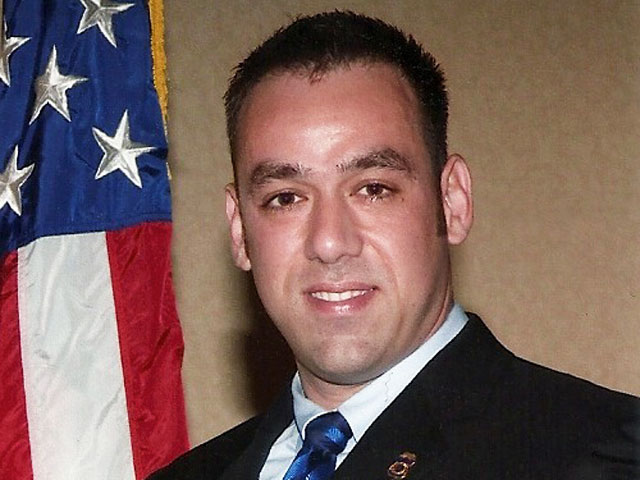 Prosecutors recently sentenced a Texas man, Manuel Barba, for trafficking a weapon connected to the murder of Immigration and Customs (ICE) Agent Jaime Zapata. Nobody was more astonished to learn of the case than Zapata's parents, who didn't know that Barba had been arrested or linked to their son's murder.

"The family was obviously surprised to learn that there was a case involving a weapon linked to the Zapata incident," attorney Trey Martinez told CBS News. Martinez represents Zapata's parents and the surviving ICE agent in the assault, Victor Avila. "They were surprised they had never been contacted in the capacity as victims so they could give a response or some kind of reaction at the time of sentencing."

Barba was sentenced to 100 months in prison on January 30th. When we asked why the Zapatas weren't contacted, prosecutors in Houston told CBS News they only handled the weapons charges: conspiracy, false statements and exportation/receipt of firearms. Zapata's actual murder "is being handled by another U.S. Attorney's office and ... is separate and apart from the firearms case that was handled by our district," said a spokeswoman. She added the firearms offenses "are crimes that do not involve victims in the legal sense of the word and therefore, notifications are not part of the legal process."

In a related development, CBS News has obtained documents showing that Barba was under ATF surveillance for at least six months before a rifle he trafficked was used in Zapata's murder. Zapata's government vehicle was ambushed by suspected cartel thugs in Mexico Feb. 15, 2011.

Documents indicate ATF opened its case against Barba, entitled "Baytown Crew," in June of 2010. During the investigation, court records state Barba recruited straw purchasers and "facilitated the purchase and exportation of at least 44 firearms" including assault rifles. On August 20, 2010 Barba took delivery of the WASR-10 semi-automatic rifle later used in Zapata's murder, obliterated its serial number, and sent it to Mexico with nine others just like it. Nearly two months later, on Oct. 8, 2010, ATF agents recorded a phone call in which Barba "spoke about the final disposition of ... firearms to Mexico and also about the obliterating of the serial numbers before they were trafficked." Barba told straw purchasers the guns were destined for the Zeta drug cartel.

A warrant wasn't issued for Barba's arrest until four months later; coincidentally, the day before a rifle he trafficked was used against Zapata.

Barba is now the second weapons trafficker who had been under ATF surveillance to be linked to Zapata's murder. As CBS News previously reported, ATF had also been watching suspect Otilio Osorio during the time he trafficked a different weapon used in Zapata's assault. Records show ATF watched on Nov. 9, 2010 as Osorio, his brother Ranferi and Kelvin Leon Morrison transferred a cache of illegal weapons to a confidential informant but failed to arrest the men at the time.

The government has kept a close hold on nearly all information surrounding Zapata's murder, denying the family's Freedom of Information requests on the basis of an ongoing investigation. The Zapata's attorney says they will keep pursuing the information by "whatever means necessary."