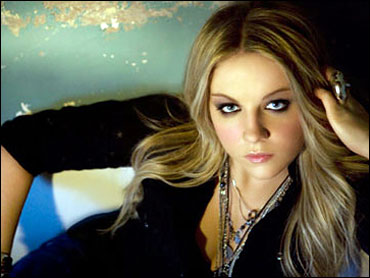 Singer/songwriter and Irish beauty Lesley Roy, whose new album is called "Unbeautiful," is anything but.

The 21-year-old Dublin native, whose sound has been described as a cross between Avril Lavigne and Melissa Etheridge, stopped by the The Early Show's Second Cup Café Saturday to perform songs from her new album.

She has a smoky voice and smoky eyes to boot, a pop-rock sound and lyrics about love, heartache and the loss of a friend.

Her explanation for "Unbeautiful" is it's the way one feels when a relationship fizzles out and you no longer feel beautiful.

At a very young age music piqued her interest while other little girls were playing dress up and tea time. When she received a guitar as a gift at age 7, her relationship with music really blossomed.

Inspired by her singer mother, who exposed her to the music industry, Roy began writing lyrics and music.

She was signed by Religion Records in Ireland, but her pop-rock style appealed to Jive Records, which signed her on in support of her solo debut album, which features her newest release "I'm Gone, I'm Going."

The song "Slow Goodbye" is written by Katy Perry, whose has the hit "I Kissed A Girl."