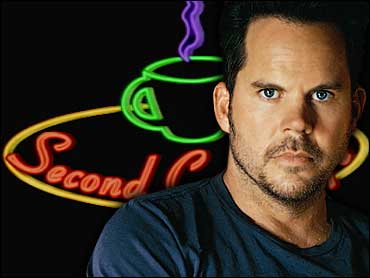 California-born country singer Gary Allan is known for his unique voice, and his ability to make any song his own.

Allan focused more on singing than songwriting in his first five albums. But in 2004, he decided he'd like to write songs on his own again, as he had done early in his career.

Little did he know how much that decision would help him in his personal life.

In October 2004, shortly after Allan began writing again, his wife of three years committed suicide. Songwriting became his therapy, and Allan was able to heal by expressing himself through his songs.

The result is Allan's latest album, "Tough All Over" which debuted at No. 1 on the Billboard Top Country chart in October 2005.

"Tough All Over" is nominated for Album of the Year, and the album's second single, "Life Ain't Beautiful," is up for Single of the Year at the Academy of Country Music Awards. The awards show will air live on CBS on Tuesday, May 23 at 8 p.m. ET.

Allan has recorded plenty of love songs, including the hit single "Nothing On But The Radio" from his 2003 platinum album "See If I Care," and his 2000 hit "Smoke Rings In The Dark" from the album of the same name.

However, Allan felt that "Tough All Over" needed to reflect what was going on in his life at the time, so he left the love songs out.

"Not addressing what happened to my family would have been wrong," explained Allan. "It's a part of our lives and part of who I am. I absolutely had to work through what had happened through music."

Looking ahead, Allan will be joining Rascal Flatts on the second leg of their "Me And My Gang Tour" which kicks off May 26 in Holmdel, N. J.

He visits Second Cup Cafe to sing "Best I Ever Had" and "Life Ain't Always Beautiful" from "Tough All Over."