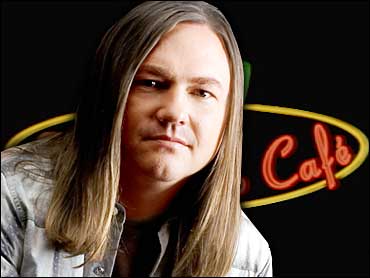 Edwin McCain takes a write-what-you-know approach to songwriting by drawing inspiration from his day-to-day experiences and the people he meets along the way.

"I live my life and I write about it," says McCain. "I take whatever happens to me between records and spend time thinking and feeling it through. Then I draw on the lessons I've learned and try to find the music in it."

McCain was born in Greenville, S.C., where he still lives and has a recording studio. He grew up singing in the church choir and started playing guitar as a teenager.

He paid his dues for years on the southern bar-band circuit, before releasing his first major-label album "Honor Among Thieves" in 1995.

His career really took off after the song "I'll Be" from his 1997 album "Misguided Roses" was played on the WB television show "Dawson's Creek." The single peaked at No. 5 on the Billboard Hot 100 singles chart and is still heard on radio today.

"I'll Be" was eventually named one of The Greatest Love Songs Of All Time by VH1 and voted "Best Wedding Song" in 2005 by viewers of Dr. Phil's syndicated television show.

Now on Vanguard Records, McCain is out with his latest album, "Lost In America." The first single, "Gramercy Park," is a sarcastic take on the music business.

In addition to maintaining a busy tour schedule, McCain hosts the series "Music Road," which debuted on the Turner South Network in April 2006. The show features performances by mostly local artists at nightclubs and juke joints in the southern United States.

McCain visits Second Cup Café to share some of his songs from "Lost in America."