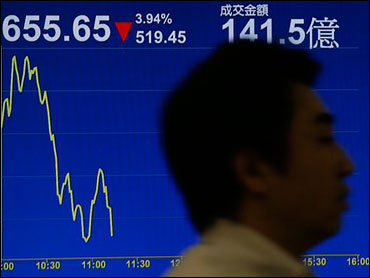 While Wall Street executives were sinking the economy and Bernard Madoff was ripping off investors, the Securities and Exchange Commission (SEC) was engaged in a multi-million dollar effort to...rearrange their desk chairs at their Washington D.C. headquarters.

"This is a total waste of time that we should be spending conducting investigations," said Steve Ellis, Vice-President of Taxpayers for Common Sense who calls SEC's $3.9 million dollar desk reorganization "preposterous."

According to a new report from David Kotz, the Inspector General for the SEC, employees were subjected to a massive reorganization in 2007 and 2008 that they now say was unnecessary and did not improve organization or communication. Over 600 employees, 81% of those surveyed by the Inspector General, said that the rearranging of desks was not "worth the cost and time."

One SEC employee quoted in the report said, "Taxpayers should be outraged, and we should be wholly mortified, to be wasting such an incredible amount of money and time on this."

Then SEC Chairman Christopher Cox ordered a cost benefit analysis of the "Restacking Project" but the IG found the analysis was never done.

"That the very agency that oversees our financial system does't see the need to perform a cost-benefit analysis is a cause for concern for taxpayers," Ellis said.

The SEC was widely criticized in 2005 for overspending its budget by $48 million for its lavish headquarters near Washington DC's Union Station. Less than two years later, the agency decided to undertake the reorganization of offices and desks to "enhance communication" between its employees.

The 'Restacking Project' relocated approximately 1,750 employees over 7 floors of the SEC's headquarters. However, the Inspector General's report concludes that there are "serious questions about whether the [reorganization] project was necessary and whether it had any meaningful impact on communication among or productivity of the staff."

And while Executive Director Diego T. Ruiz claimed that SEC management was in favor of the costly reorganization, the results of the Inspector Genera's confidential survey suggest that employees claim they were not consulted until "after the fact."

By Laura Strickler and Sarah Fitzpatrick