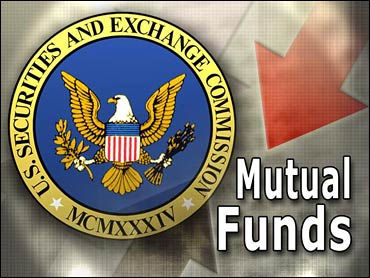 Fifteen brokerage firms accused of overcharging large-scale investors in mutual funds have reached settlements with regulators that will require them to pay civil penalties totaling some $21.5 million, the regulators announced Thursday.

The settlements with the Securities and Exchange Commission and the National Association of Securities Dealers also will require the brokerages to make refunds to customers. The fines levied on the firms are equivalent to the estimated amount they overcharged customers over a two-year period, the regulators said.

The firms include American Express Financial Advisors, which agreed to pay a $3.7 million fine; Raymond James Financial Services, which is paying $2.6 million; and Wachovia Securities, $4.8 million.

The SEC and the NASD, the brokerage industry's self-policing group, have found that brokerage firms -- apparently inadvertently -- often fail to give large-scale investors in mutual funds the discounts they are owed.

"Our actions and the NASD's are a message to every broker-dealer," said Stephen Cutler, the SEC's enforcement director: "You must exercise due care to provide appropriate breakpoint discounts to mutual fund investors, or enforcement action will be taken against you and substantial penalties will be imposed."

The regulators' examination of the practice preceded and is separate from the widening investigation into trading and marketing abuses in the mutual fund industry, which are said to disadvantage ordinary investors. On Wednesday, the SEC moved closer toward banning payments by mutual fund companies to induce brokers to sell certain funds -- a practice critics say creates conflicts of interest and drives up investors' costs.

Last year, an inspection "sweep" of 43 brokerage firms by the SEC, the NASD and the New York Stock Exchange found that brokers did not provide the required breakpoint discounts in nearly a third of transactions. The examiners found that most firms failed to provide the discounts in at least some instances.

The discounts not provided averaged $364 per transaction, they found.

The regulators said most failures to provide the discounts did not appear to be intentional. Brokers, for example, frequently neglected to add together different mutual funds in the same group of funds owned by the same customer to reach the breakpoint amount. The problems arose less frequently in brokerage firms that process fund transactions using paper documents as opposed to electronic processing, the inspection found.