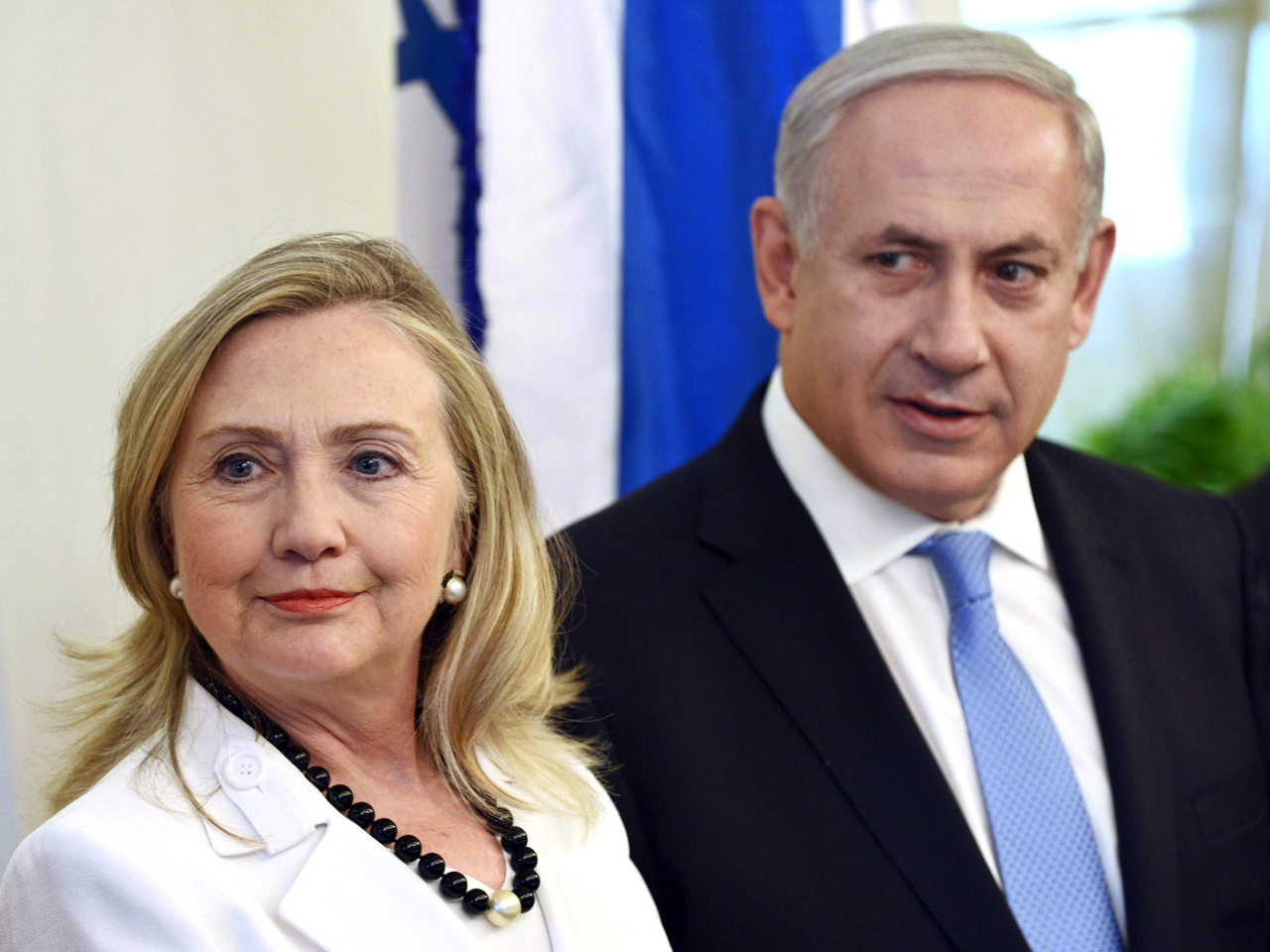 (AP) JERUSALEM - The U.S. will use its power to keep Iran from acquiring nuclear weapons, Secretary of State Hillary Rodham Clinton declared Monday after meeting top Israeli officials, where they discussed the issue.

She said the U.S. would keep raising the pressure on Iran as long as it fails to come clean on its disputed uranium enrichment program.

"Iran is under greater pressure now than ever before," she said. "We will use all elements of American power to prevent Iran from obtaining a nuclear weapon."

The veiled threat came as the U.S. and Israel debate how best to deal with Iran's nuclear program. The U.S. is seeking more time for negotiations and sanctions, while Israel has repeatedly hinted at military action.

Both suspect Iran may be aiming toward producing nuclear weapons, a claim Iran denies.

After her declaration about possible use of U.S. power, Clinton said everyone prefers a diplomatic resolution, and that Israel and the U.S were "on the same page" regarding Iran.

"Iran's leaders still have the opportunity to make the right decision. The choice is ultimately Iran's," she said, adding that so far Iran's proposals have been "non-starters."

Throughout her day of meetings, Clinton also spoke about the need to halt Syria's violence and underscored America's support for Israel - an ally in a difficult neighborhood.

Clinton met President Shimon Peres for about an hour as part of what is perhaps her final visit to Israel as secretary of state, bringing a message of solidarity to the Jewish state after three and a half years of only stunted progress toward a Palestinian peace deal.

After their visit, they each issued a statement to reporters without taking questions. Peres spoke about the importance of maintaining Israel's three-decade peace with Egypt, and decried the violence in neighboring Syria.

He also voiced support for the Obama administration's pressure on Iran to halt its nuclear activities - which has sometimes been a point of contention between the U.S and Israel.

Clinton said she spoke with Peres about "Egypt and Syria, peace efforts, Iran and other regional and global issues."

She returns to Washington early Tuesday, ending a 12-day, nine-country trip that included stops in Europe and Asia.

Although Monday's agenda was designed to cover the breadth of U.S.-Israeli relations, the lack of action on peace talks between Israel and the Palestinians was in the spotlight.

Negotiations have almost been nonexistent for the duration of Obama's term in office. They resumed briefly two years ago before stumbling over the same set of problems, namely Palestinian demands for a freeze on Jewish settlements in lands they seek for their future state and an Israeli insistence on no preconditions for talks.

Asked in an interview Sunday with WJLA-TV, a Washington D.C. station, what he believed he failed at, Obama cited Arab-Israeli peace efforts.

"I have not been able to move the peace process forward in the Middle East the way I wanted," he said. "It's something we focused on very early. But the truth of the matter is that the parties, they've got to want it as well."

Clinton hasn't visited Israel since September 2010. With little to show for U.S. efforts on a two-state peace agreement and a hectic schedule before she steps down as secretary of state next year, it is unlikely she'll return. Clinton has said she would leave the post, even if Obama wins a second term.

The flurry of visits by top U.S. officials to Israel could reflect an administration attempt to shore up Obama's support among Jewish voters as the election nears. The president has pushed back forcefully against Republican claims that he is weak in defending Israel's security, and GOP candidate Mitt Romney is planning to visit Israel later this month.