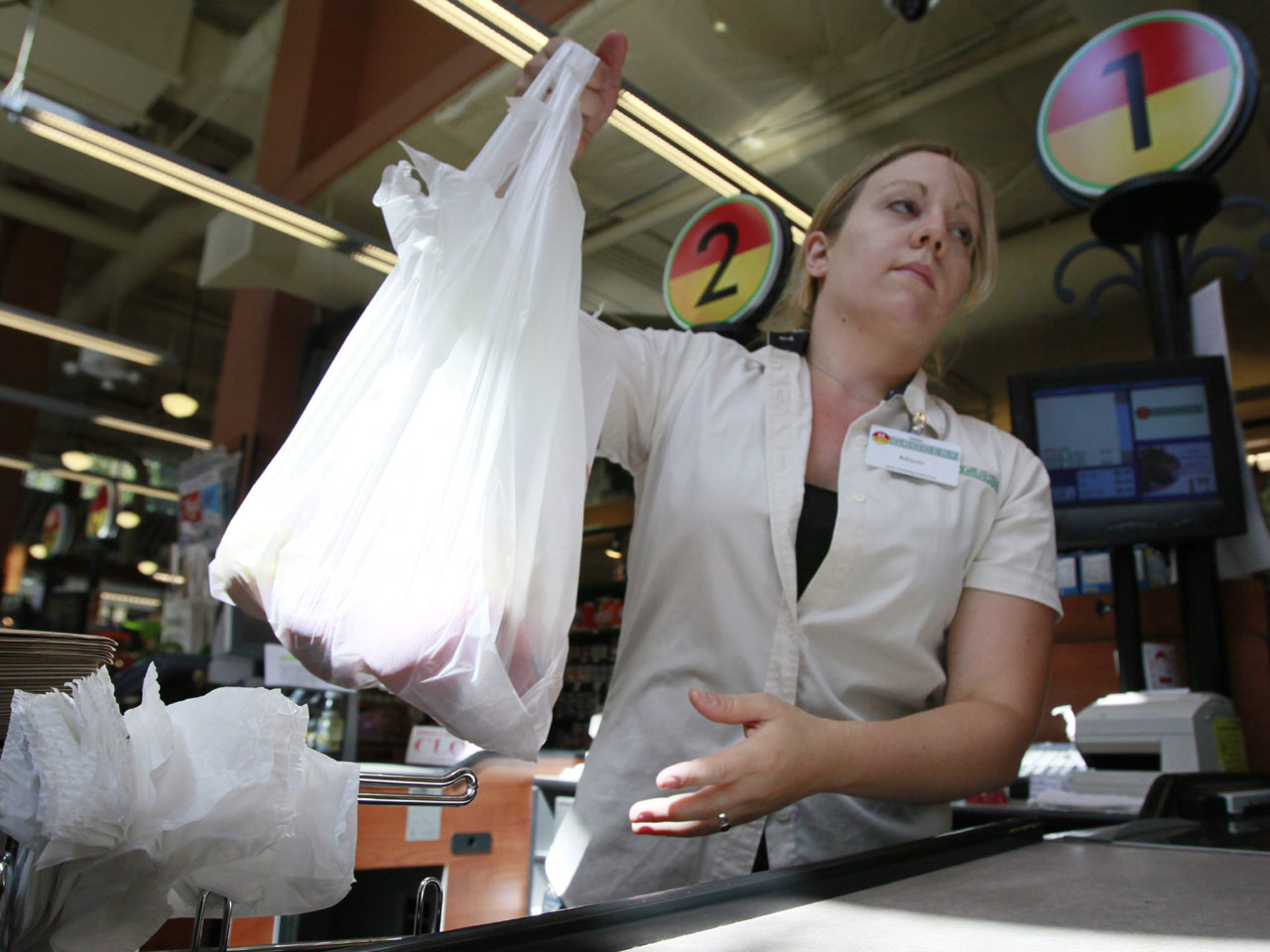 The ordinance, which was approved unanimously following months of discussion and debate, takes effect in July 2012. It includes a provision to charge a nickel fee for the use of paper bags, to encourage people to bring their own bags when they go shopping.

The paper bag fee is not unique. In Washington, D.C., businesses that sell food or alcohol must charge 5 cents for each carryout paper or plastic disposable bag.

Nearby communities such as Mukilteo, Edmonds, Bellingham and Portland also have banned plastic bags.

Numerous municipalities across the country — including Eugene, Ore., Austin, Texas, and Jackson, Wyo. — are also considering laws to restrict the use of plastic bags.

The Seattle council voted to charge a 20-cent fee on paper and plastic bags in 2008, but the plastics industry spent $1.4 million backing a referendum to overturn it. Voters defeated the fee in 2009.

Officials in the industry haven't said whether they would launch another referendum, but they have stated they'd push for a statewide bag recycling program similar to those in several states.

Councilmember Mike O'Brien, the bill's prime sponsor, said he felt the months of work on this proposal, with lots of input from both businesses and environmental groups, resulted in an ordinance that will work for everyone.

He noted that low-income people who can show eligibility in a food assistance program will not be charged the paper bag fee.

Council President Richard Conlin commended the council and advocates for the positive way the ordinance evolved and the substantive public involvement in the process.

"It's going to really make a difference for our environment," he said.

During a short public comment session at the beginning of the meeting, four people dressed as "bag monsters" in costumes made from plastic bags serenaded the council with a holiday tribute. Only one person spoke out against the ordinance, saying she wondered if the ban would really help the environment and remove plastic already in the Puget Sound.

Even in the Evergreen state, reaction to the ban vote was mixed.

"We were not expecting a unanimous vote, but we knew that seven of nine councilmembers co-sponsored the ordinance," said Katrina Rosen, field director for Environment Washington, a statewide advocacy group, from a celebration at a Seattle restaurant.

Rosen called Seattle one of the largest cities to pass such a ban, but a similar ban in San Jose, Calif., goes into effect Jan. 1. San Jose has 946,000 residents compared with Seattle's 608,000. A plastic bag ban in Los Angeles County, but not the city, went into effect in July.

"By voting to implement a ban on plastic bags, the city of Seattle misses the opportunity to lead the way toward the meaningful reduction of litter through increased statewide recycling efforts," said Mark Daniels, vice president of sustainability and environmental policy for the company, in a written statement.

The Northwest Grocery Association, which represents QFC, Safeway and Fred Meyer stores in the state, supports the ban, but a group representing independent grocery stores does not.

"Tiny bits of plastics, including plastic bag film, are being found in all water samples taken in Puget Sound," said Heather Trim, Policy Director of People For Puget Sound, in a statement. "Reducing the use of single-use plastics, like bags, will make a difference for the health of wildlife in Puget Sound and out in the Pacific."