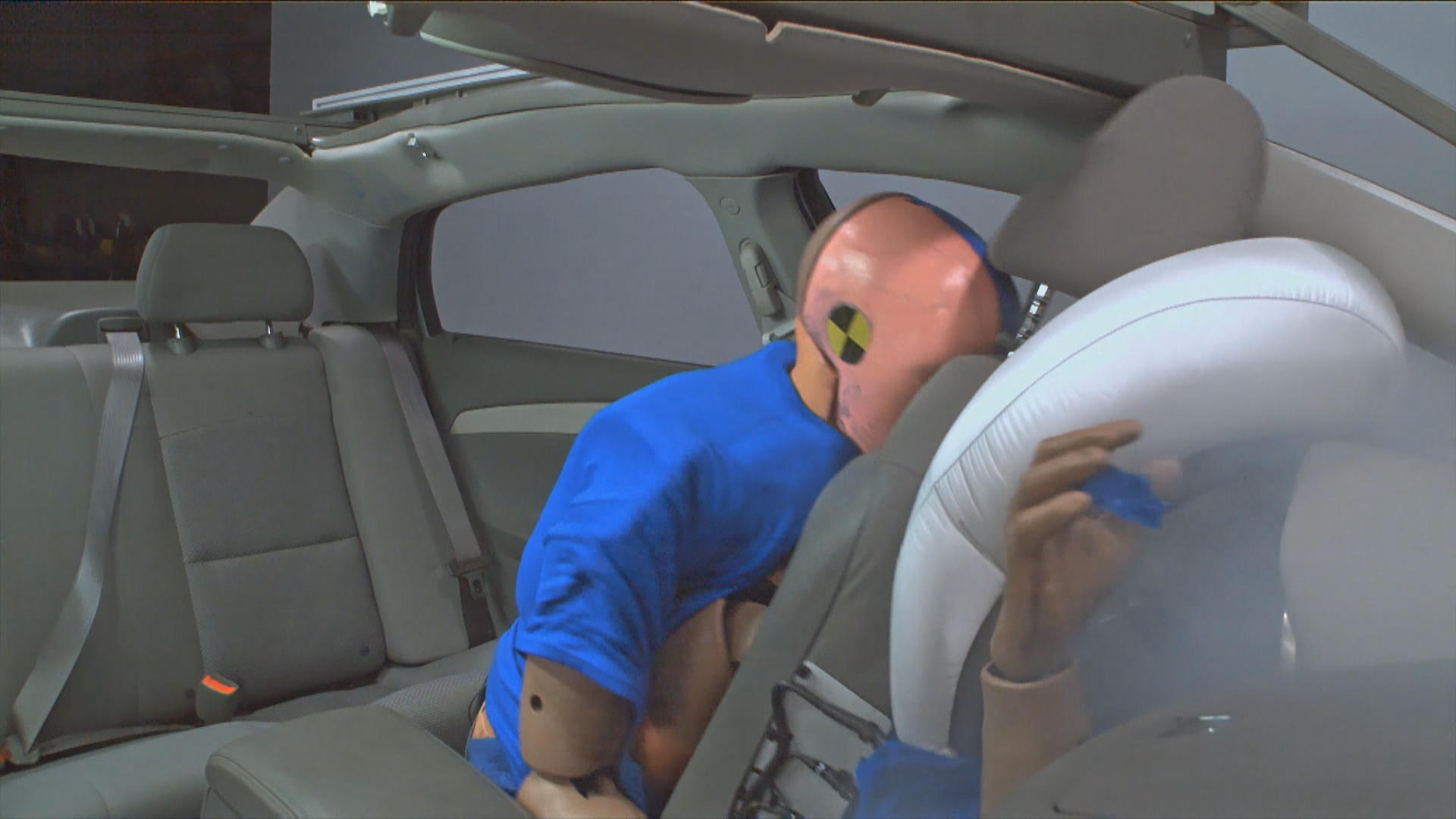 A new survey reveals more than a quarter of adults admit they don't always buckle up in the back seat.

Research by the Insurance Institute for Highway Safety found that 91 percent of adults say they always wear their seat belt in the front seat, but only 72 percent are just as diligent in the rear.

People who don't wear their seat belts account for about half of all deaths in car crashes each year, reports CBS News' Kris Van Cleave.

The report out Thursday shows how effective seat belt laws and safety education have been in getting folks up front to buckle up – but not in the back.

"I always put my seat belt on if I'm driving, if I'm in the front seat of a car," said Mark Smiga, a New York City taxi passenger.

Yet Smiga says he never buckles up in the back of a cab – a place especially prone to people riding unbelted.

The survey by the Insurance Institute for Highway Safety shows just 57 percent of passengers buckle up in hired vehicles like taxis.

"It's absolutely not even part of my consciousness," Smiga said.

"When we asked people why they were less likely to buckle up, a quarter of the respondents told us that it's safer in the back seat, so they don't need to buckle up," said Jessica Jermakian, an IIHS senior research engineer.

Federal crash statistics show passengers in the rear are three times more likely to die if they aren't wearing a seat belt.

"Even if you're in the back seat, the laws of physics are not suspended. You still need to buckle up in order to get the best protection in a crash," Jermakian said.

That protection extends to others in the car. Crash test videos show an unbuckled dummy flying into the seat in front of it, crushing the driver into the steering wheel. You can see the difference when both dummies are strapped in.

Every state but New Hampshire requires adults to wear seatbelts while sitting in the front, but 21 states have no such requirements for grownups in the rear.

And safety advocates are sounding the alarm.

"As more and more people are using ride-hailing services and those people are not buckling up at the same rate, we could see more people getting injured and killed in the backseat," Jermakian said.

Three quarters of those who took part in the IIHS survey said they'd be more likely to buckle up in the back if someone else in the car reminded them.

Oil and politics play a role in wording of U.N. climate report