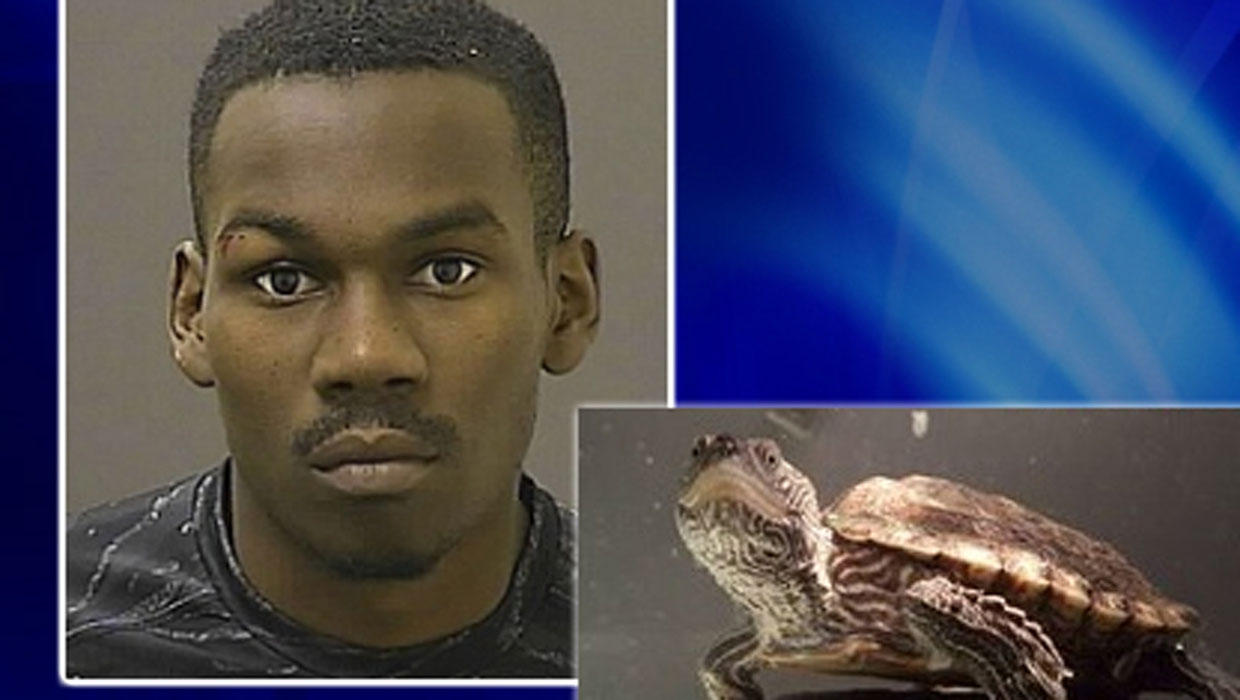 BALTIMORE COUNTY, Md. -- Police in Maryland are searching for a burglary suspect they say intentionally killed a pet turtle by impaling the animal last month.

CBS Baltimore reports the incident happened in the overnight hours between Jan. 20 and 21. When the resident was away, police say two burglars entered her Baltimore County home through a ground floor window.

The pair  allegedly stole numerous electronic devices and accessories, two television sets, gift-cards, checks and jewelry. One of the suspects allegedly then removed the pet turtle, named Donatella, from her aquarium and impaled her with a knife-sharpener.

The resident returned to find her home ransacked, and the turtle dead on the floor.

Police arrested one of the burglary suspects, identified as 24-year-old Calvin Krasheen Fogg, Feb. 17. Investigators are still searching for a second suspect, identified as 23-year-old Michael Kennard Jones, believed to be the person responsible for killing the animal.

Jones is wanted on charges of first degree burglary and aggravated cruelty to kill an animal. He is also wanted in connection with a previous home invasion robbery with a gun, the station reports.

Anyone with information about Jones’ whereabouts is asked to contact police at 410-307-2020 or submit a a tip to Metro Crime Stoppers at 1-866-7LOCKUP. Tipsters are urged not to approach Jones because he is considered dangerous.