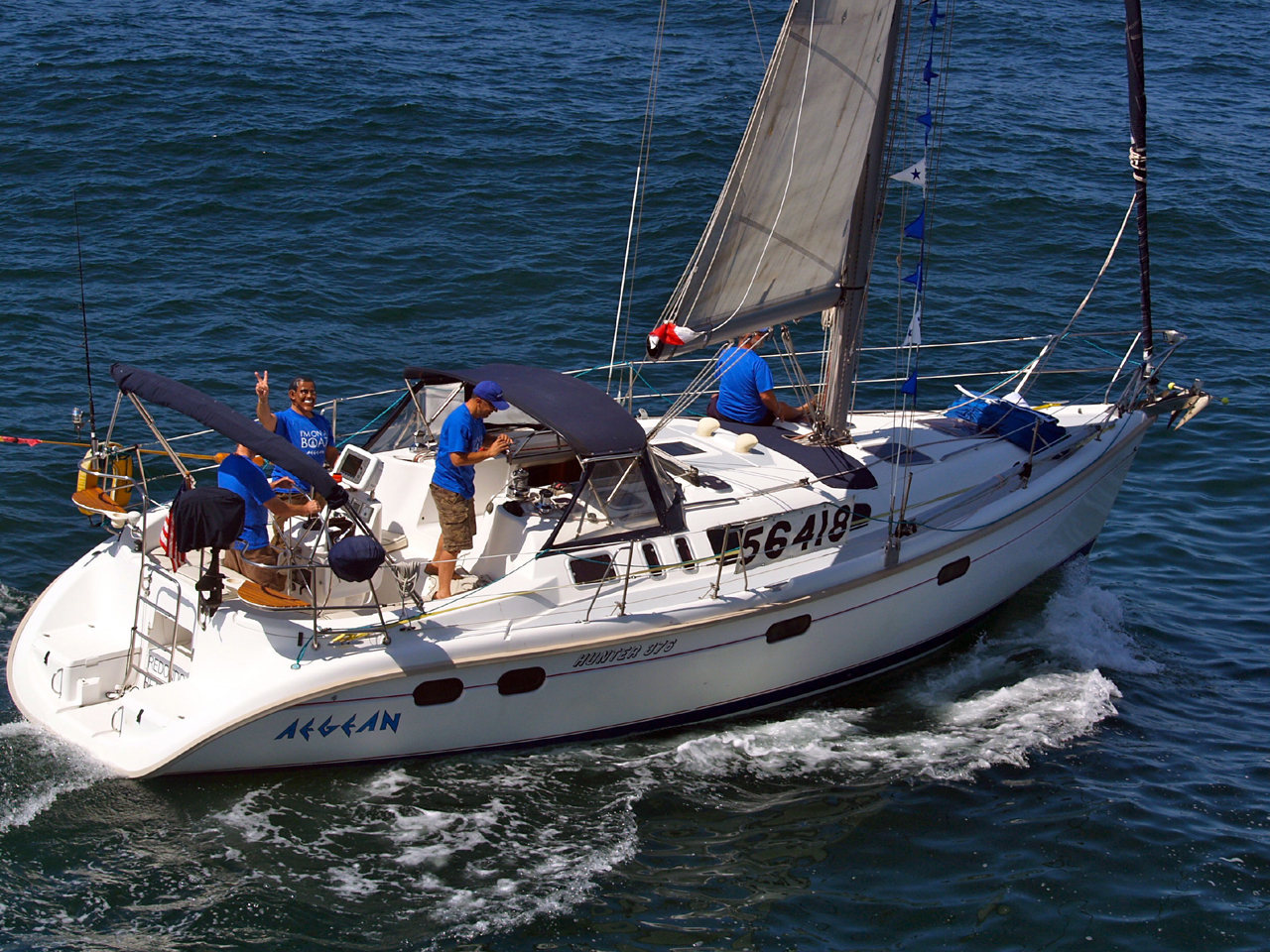 (CBS/AP) ENSENADA, Mexico - The search for one sailor still missing from a racing yacht that was found in tiny pieces, apparently after colliding with a freighter or some other large vessel, was called off Sunday.

"It's never easy to make the decision to suspend a search and rescue case," Coast Guard Capt. Sean Mahoney told the Newport Beach-Corona del Mar Patch. "The Coast Guard extends its sympathies to the families and friends of the Aegean crew."

The bodies of three other sailors were found in the waters off the Pacific coast, along the route of the 124-mile race from Newport Beach, Calif., to Ensenada, Mexico.

A sailor who pulled two of the dead bodies from coastal waters off California and Mexico during the race said Sunday that he found debris smashed in so many pieces that it looked like the vessel had gone through a blender.

Eric Lamb said both bodies were covered with scrapes and bruises and one had severe head trauma.

Two of the dead were recovered by a civilian boat, while the third was found by a Coast Guard helicopter.

Lamb was working safety patrol Saturday morning when he came across the debris roughly nine hours after the crash occurred. He called the Coast Guard for help.

Two race participants who were in the area at the time of the crash also told The Associated Press on Sunday that they saw a tanker or heard warnings on their radios.

The boat apparently collided at night with a much larger vessel, leaving three crew members dead and one missing, a sailing organization said early Sunday. It was the state's second ocean racing tragedy this month.

The 37-foot Aegean, carrying a crew of four, was reported missing Saturday during the 124-mile race, the U.S. Coast Guard said.

The Newport Ocean Sailing Association, the race organizer, said the accident occurred late Friday or early Saturday several miles off the coast near the ocean border of the two countries.

"It appeared the damage was not inflicted by an explosion but by a collision with a ship much larger than the 37-foot vessel," association spokesman Rich Roberts said in a news release early Sunday.

Race officials believe there are few other possibilities for what caused the accident, Roberts later told The AP, speaking by phone from Ensenada.

He said details were still scarce but it was possible that if the smaller boat was bobbing around in light wind, the crew might not have been able to get out of the way of a larger ship, perhaps a freighter. The race goes through shipping lanes and it's possible for a large ship to hit a sailboat and not even know it, especially at night, he said.

A Coast Guard search turned up the boat's wreckage, including the rear transom with the boat's name on it, the association release said.

The Aegean is registered to Theo Mavromatis, 49, of Redondo Beach, but it appears he was not aboard the vessel during the crash.

Marina Sailing in Redondo Beach lists a boat named Aegean, which matches the model and length of the missing vessel, among the boats it rents out for $325 a day.

A woman answering a call at a number listed for Mavromatis declined to speak Sunday morning.

The Newport Beach Patch website posted a photo that shows the crew at the start of the race Friday. Four men in royal blue T-shirts are on the deck as the boat cuts through calm waters. One man is waving and another appears to be smiling.

Other yachts near the Coronado Islands in Mexico — four small, mostly uninhabited islands — reported seeing debris Saturday morning. Searchers in the afternoon found the bodies and debris from the Aegean, whose home port is Redondo Beach, Dunphy said

Dunphy said conditions were fine for sailing, with good visibility and moderate ocean swells of 6-to-8 feet.

A total of 210 boats were registered in the 65th annual yacht race, according to the Newport Ocean Sailing Association's website. The race started off from Newport Beach on Friday and many boats finished in Ensenada Saturday.

About 50 people gathered in morning fog Sunday at the Ensenada marina to watch the final arrivals. A notice tacked to a bulletin board alongside the racing times informed spectators of the tragedy.

The association's commodore told the AP that he didn't know the members of the Aegean or how many people were aboard.

"This has never happened in the entire 65 years of the race that I'm aware of," Chuck Iverson said. "We're all shocked by this whole event."

The deaths come two weeks after five sailors died in the waters off Northern California when their 38-foot yacht was hit by powerful waves, smashed into rocks and capsized during a race. Three sailors survived the wreck and the body of another was quickly recovered. Four remained missing until one body was recovered last Thursday.

The deadly accident near the Farallon Islands, about 27 miles west of San Francisco, prompted the Coast Guard to temporarily stop races in ocean waters outside San Francisco Bay. The Coast Guard said the suspension will allow it and the offshore racing community to study the accident and race procedures to determine whether changes are needed to improve safety. U.S. Sailing, the governing body of yacht racing, is leading the safety review, which is expected to be completed within the next month.