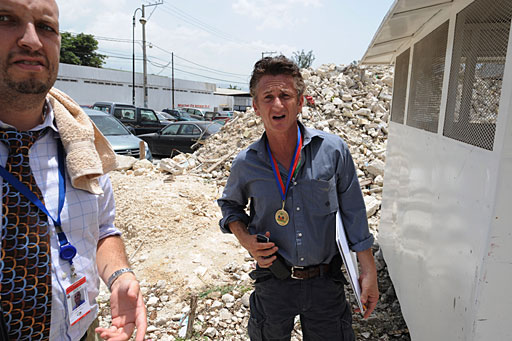 Benjamin Krause from Penn's relief group J/P HRO says the money will be used for rent subsidies, repairs to houses and the building of new homes and solar-powered water kiosks.

The project is part of a $95 million effort financed by the World Bank and Haiti Reconstruction Fund that is aimed at helping more than 500,000 people move back into redeveloped neighborhoods.

The 51-year-old two-time Oscar winner (for "Mystic River" and "Milk") co-founded the relief group shortly after the January 2010 earthquake and has overseen maintenance of a large settlement camp of more than 55,000 on a golf course. He's spent countless months in the island nation helping with housing and health care and also has testified in Washington.

He has raised money among his Hollywood friends for the aid effort and has even recruited his own children to work with refugees in the Caribbean.