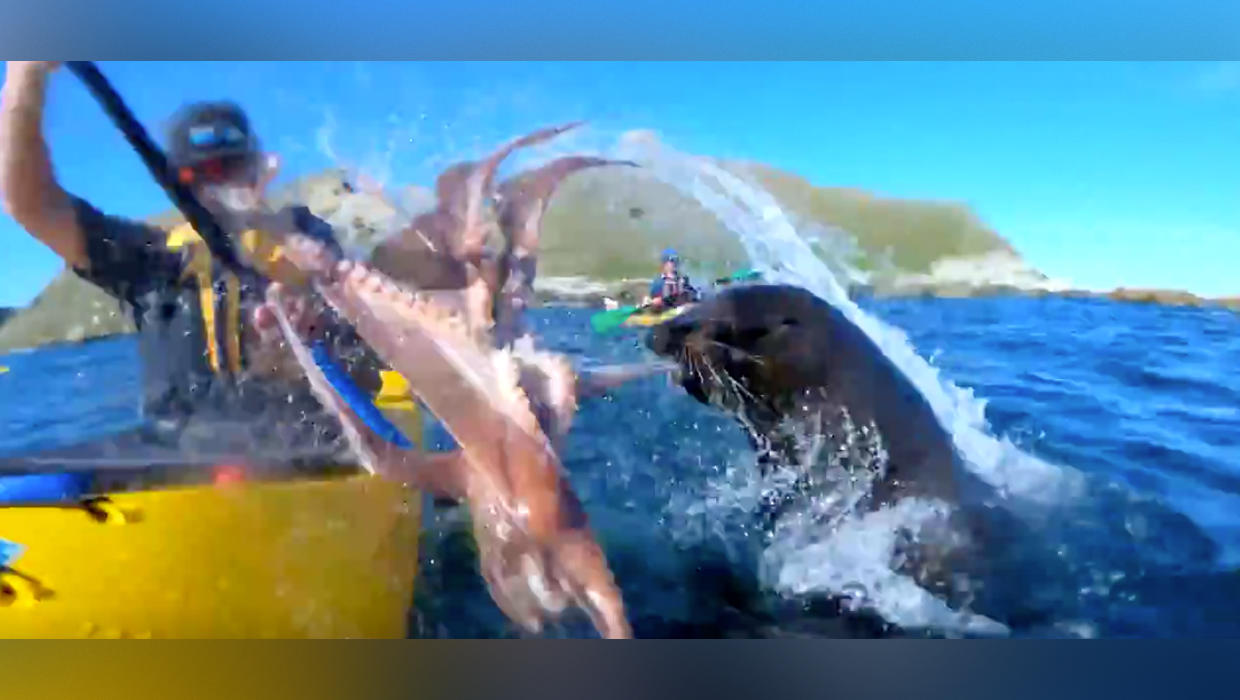 A kayaker in New Zealand has become a viral sensation after a seal slapped him the face with an octopus. A GoPro video camera captured the whole odd ordeal.

Kyle Mulinder was kayaking with friends off the coast of Kaikoura, New Zealand, when he felt the big wet slap in the face and realized it was an octopus that was whipped at him by a seal.

"Out of nowhere, it literally rose from the depths, as it was mid-fight, thrashed it around, and the rest is history," Mulinder told Australia's Network 10 News. Video of the chance encounter was shared on social media and quickly went viral.

Mulinder said he instantly got attention for the video, and was recognized while he was on his way to the Network 10 interview. "My Uber driver who just brought us here just goes 'you're the guy, you're the octopus guy'," Mulinder told Network 10.

After the seal slap, Mulinder and his fellow kayakers were in complete awe."No way! That was mental!" one of Mulinder's friends shouted in the video. The slap in the face was probably a once-in-a-lifetime occurrence, but seals often thrash around octopi before eating them, so the animals weren't doing anything out of the ordinary, Network 10 reports.

The incident has now been seen all over the world and Mulinder is overwhelmed with the response. "Theres a couple hundred emails sitting in there, the phone hasn't stopped ringing, people are literally cold calling me, my Instagram has gone crazy," the 37-year-old said.

Mulinder said he is a professional GoPro-er and with his new-found internet fame, he wants to draw attention to the location of the octopus whipping. "Kaikoura is a very special place and post-earthquake, that town is beautiful, it was beautiful pre-earthquake and post-earthquake even better," he said, referring to the strong quake that struck earlier this month.

As for his secret to viral success, Mulinder has a simple answer: "Just go get slapped in the face by an octopus, its not that hard."