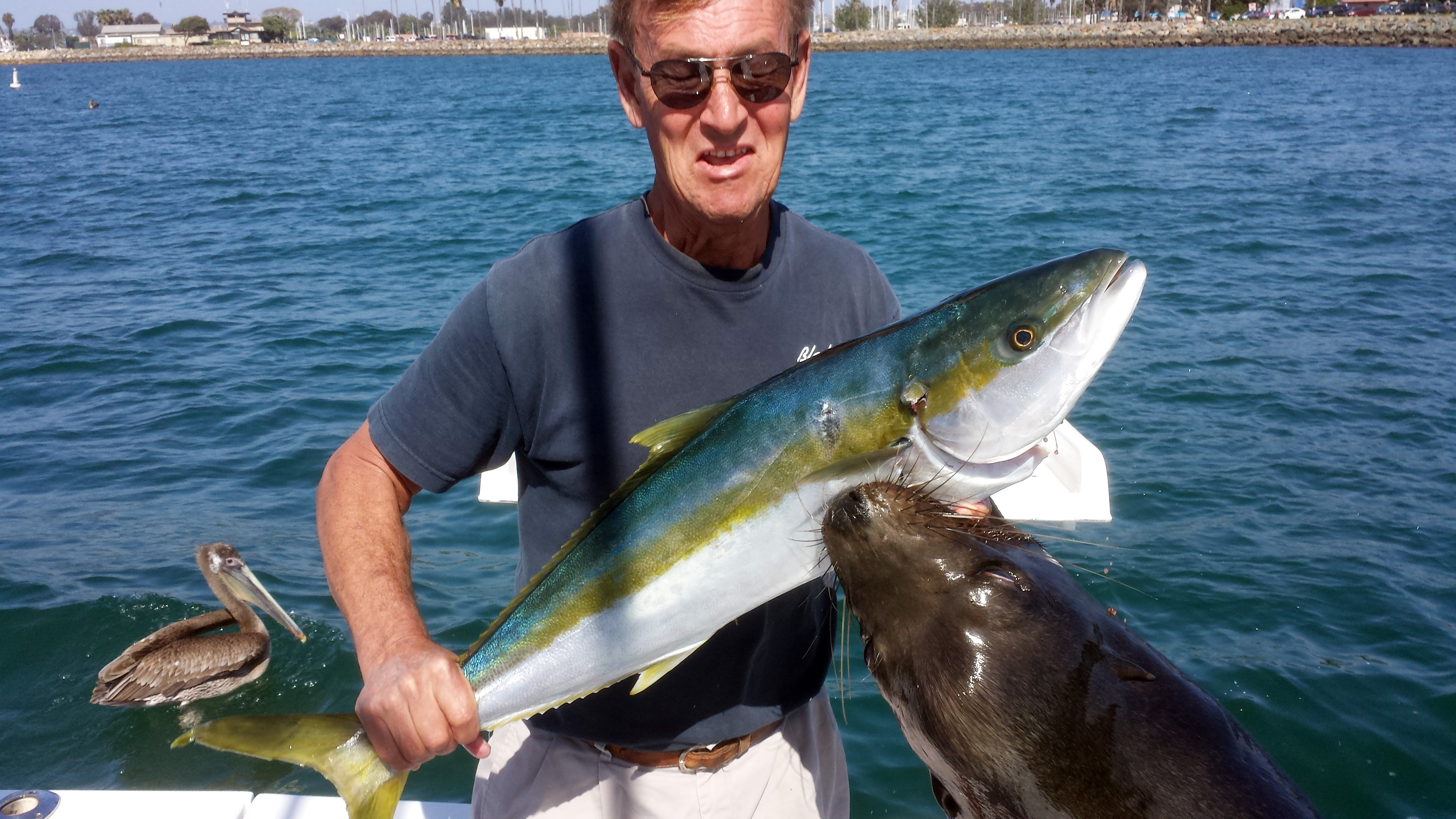 SAN DIEGO -- Dan Carlin's wife told him to smile for a picture on their 29-foot boat as he held up one of the yellowtail fish they had caught that day. Then a sea lion leaped 7 feet out of the water, bit into his hand and yanked him overboard.

The animal, weighing hundreds of pounds, smashed the 62-year-old San Diego accountant against the boat's side and sent his legs flying into the air like a rag doll's before it dragged him some 20 feet underwater, Carlin said Wednesday, more than three weeks into his recovery after the April 5 incident.

Underwater, the sea lion whipped Carlin side to side.

Then, as quickly as the attack happened, Carlin was released. He swam toward the surface as the sea lion bit his foot, puncturing a bone.

He managed to make his way back to his boat that was in a bay off San Diego. He and his wife moved it closer to land while his hand gushed blood and he struggled to breathe because of his battered chest. At one point, Carlin said, he lost his vision.

Carlin spent two days in the hospital. The gash on his hand required 20 stitches.

"Obviously [he's] a little bit in shock and this was a tough incident, very unusual, where we don't have this kind of thing happen," Sandmeyer told the station.

Carlin hopes his hand will have healed enough so he can go back out fishing next week. An experienced surfer, scuba diver and fisherman, Carlin said he and his wife, Trish Carlin, always took precautions to properly dispose of any guts or carcasses to ensure they did not go in the water.

Still, his experience shows just how dangerous sea lions can be, despite the fact that people often do not fear them, Carlin said.

"So many times, you see videos of cute seals, sea lions, but I'm sharing what happened to me because I want parents to realize these are wild aggressive animals that can take you down," he said. "They should be given a wide berth. At least a small child should do that, but also just about anybody should."