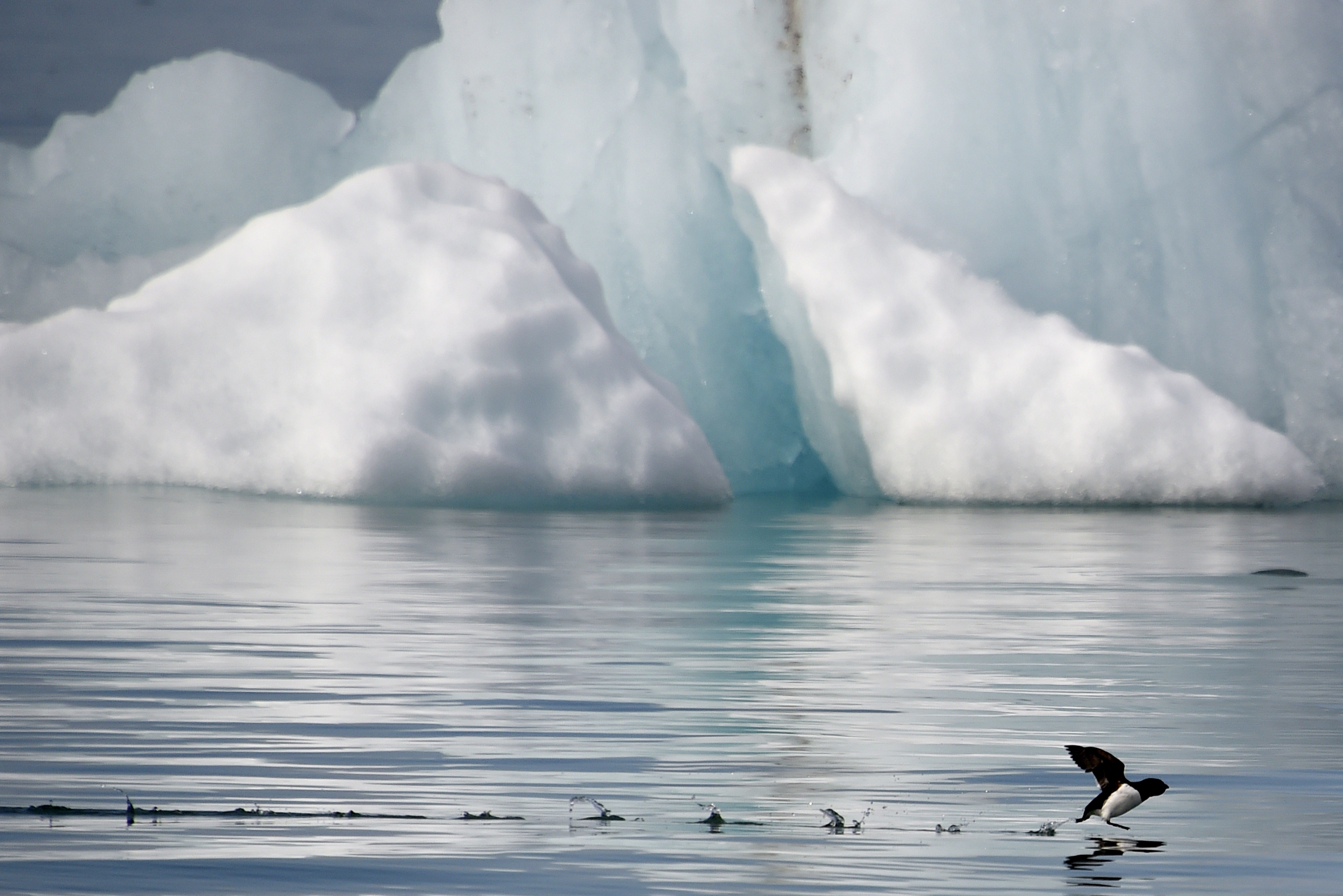 The Arctic Ocean is six million square miles, most of it covered in ice.

But last month the top of the world was up to 14 degrees above normal, and broke the record for the lowest amount of ice in February -- more than 400,000 square miles short.

"It's completely unprecedented, people who work up there, go up to the Arctic, go around on boats, cruise around to measure these things are absolutely stunned by how warm it is this year," said Robert Newton,an arctic researcher at Columbia University.

"It's the dead of winter, there's no light, it's well below freezing. It should be locked in with ice all the way across, but the ice has significantly retreated even in the winter time."

The shrinking sea ice could have a potentially disastrous effect on animals such as polar bears and seals, who depend on the ice to hunt and breed.

Newton says changes in the Arctic can also affect weather, causing storms and droughts to last longer and be more extreme.

He also says scientists "are both fascinated and frightened by it, yes."

The fear is that changes happening now in the Arctic might be irreversible. Newton says the recent climate change agreement signed by 195 nations was a start, but it doesn't go far enough to reverse the trend.