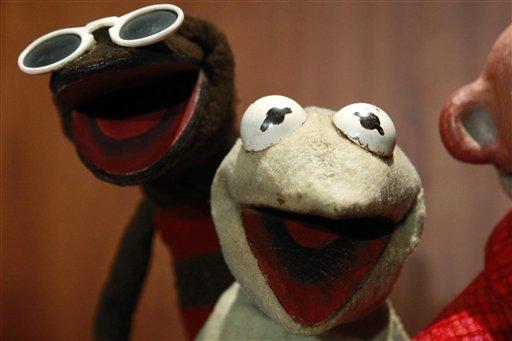 The tsunami may have lasted only a couple of hours, but it will not go away. New casualties are still being discovered: Thais, Swedes, Sri Lankans, and Indonesians. The death toll has topped 175,000. And there's more than 125,000 still missing and presumed dead.

But there's one group who live precisely where the tsunami hit hardest who suffered no casualties at all. They are the sea gypsies of the Andaman Sea, or as they call themselves, the Moken.

They've lived for hundreds of years on the islands off the coast of Thailand and Burma. They are, of all the peoples of the world, among the least touched by modern civilization.

And, as correspondent Bob Simon reports, they miraculously survived the tsunami because they knew it was coming.


It's their intimacy with the sea that saved the Moken. They're born on the sea, live on the sea, die on the sea. They know its moods and motions better than any marine biologist. They're nomads, constantly moving from island to island, living more than six months a year on their boats.

At low tide, they collect sea cucumbers, and catch eels. At high tide, they dive for shellfish. They've been living this way for so many generations that they've become virtually amphibious.

Kids learn to swim before they can walk. Underwater, they can see twice as clearly as the rest of us, and by lowering their heart rate, can stay underwater twice as long. They are truly sea urchins.

60 Minutes discovered a Moken village on an island two hours by speedboat from the coast of Thailand. It had become something of an exotic tourist Mecca before the tsunami.

A Bangkok movie star and amateur photographer named Aun was here on Dec. 26, 2004, taking pictures of Moken village life, when someone noticed the sea receding into the distance.

Aun's pictures showed the Moken on the beach crying. Did she have any idea why they were crying? "I feel like they know what bad will happen," says Aun.

Her pictures also show the Moken fleeing towards higher ground long before the first wave struck. Aun pointed out how high the water first came. And that was just the first wave. The worst was yet to come, and the Moken knew because of signs from the sea.

It wasn't only the sea that was acting strangely. It was the animals, too. On the mainland, elephants started stampeding toward higher ground. Off Thailand's coast, divers noticed dozens of dolphins swimming for deeper water. And on these islands, the cicadas, which are usually so loud, suddenly went silent.

Saleh Kalathalay, a skilled spear-fisherman who was on a different part of the island, also noticed the silence. He ran around warning everyone.

Kalathalay brought the skeptics to the water's edge, where they, too, saw the signs. Eventually, everyone, the Moken and the tourists, climbed to higher ground and were saved. But there's nothing left in the village.

Why does Kalathalay think the tsunami happened? "The wave is created by the spirit of the sea," says Kalathalay. "The Big Wave had not eaten anyone for a long time, and it wanted to taste them again."

Dr. Narumon Hinshiranan is an anthropologist, and one of the very few experts who speak the Moken language.

How did the Moken know that the tsunami was coming? "The water receded very fast and one wave, one small wave, came so they recognized that this is not ordinary," says Hinshiranan. "And then they have this kind of legend that passed from generations to generations about seven waves."

It's a legend recited around campfires, bearing an astonishing resemblance to what actually happened on Dec. 26, 2004.

They call it the Laboon, the "wave that eats people," and it's brought on by the angry spirits of the ancestors. Before it comes, the sea recedes. Then the waters flood the earth, destroy it, and make it clean again.

"So basically, the tsunami myth is that the world is reborn after it is covered with water," says Simon. "So, we're back to the Biblical flood."

"Yes," says French anthropologist Jacques Ivanoff, the world's foremost authority on the Moken. He's been living with them on and off for more than 20 years. 60 Minutes joined him on a voyage of discovery.

Ivanoff was going to the Moken islands off the coast of Burma, a military dictatorship closed to the outside world.

Ivanoff's boat, a converted cargo ship called the Moken Queen could have sailed right off the pages of Joseph Conrad. The captain was called "Long Ear," and the crew was Burmese. The deck was shrouded in nets to keep out malarial mosquitoes.

All sense of time of the 21st century seemed to evaporate into the tropical night air as the boat probed farther and farther into what often seemed to be the heart of darkness.

"You are outside of everywhere. You are nowhere, in fact," says Ivanoff.

At dawn, two Moken boats came out of nowhere. The Moken on the two boats hadn't seen each other since the tsunami and started exchanging tales of survival. While the Moken off Thailand had been on dry ground, these Moken in Burmese waters had been in their boats, at sea.

"The water had such unbelievable strength," said one Moken man. "It was swirling like a whirlpool as if it was boiling and coming from the depths of the earth."

Like their Thai cousins, these Moken also knew what to do. Since they were at sea, they made for deeper water and were spared. Others, like some Burmese fishermen near them, were not.

"How come they knew something was wrong, and the Burmese fishermen did not," Simon asked the Moken man. "They weren't Burmese businessmen; they were fishermen. They should know the sea, too."

"They were collecting squid, they were not looking at anything. They saw nothing, they looked at nothing. They don't know how to look," says the Moken man. "Suddenly, everything rose up, their boats were thrown up in the air. The violence was unbelievable."

A family of Moken was living on a boat on the beach when the Moken Queen got to shore. But during the tsunami, they had also been at sea. Simon started by introducing himself.

Simon: My name is Bob.

We had come here to find out whether these people had survived the tsunami. We wound up captivated by their culture. We had never seen anything like it.

The Moken don't know how old they are. Ivanoff says this is because, "Time is not the same concept as we have. You can't say for instance, 'When.' It doesn't exist in Moken language."

And Ivanoff says "when" is not the only word missing from the Moken language. "Want" is another. "Yes, you use it very often," says Ivanoff. "Take that out of your language and you see how often you use it. 'I want this, I want that.'"

There is also no word for "take." "You take something," says Ivanoff. "You give or you take. You don't want."

The fact is, the Moken want very little. What they don't want is to accumulate anything. Baggage is not good for a nomadic people. It ties you down. They have no notion and no desire for wealth.

Is there any other word missing from the Moken language? "No goodbye, no hello," says Ivanoff. "That's quite difficult. Imagine after one year, you live with them, and then you go. You go. That's it. Finish."

And, there are no greetings. While 60 Minutes was on a Thai Moken island, a flotilla from Burma dropped by. They didn't seem terribly excited by this. But visits from relatives, and they're all relatives, happen all the time. And since there is no notion of time, it doesn't matter if the last visit was a week ago or five years ago. There's just a constant commingling. And, in the wake of the tsunami, they're all busy now, rebuilding their boats and their lives.

"What I saw since the tsunami is yes, they take this opportunity to make the strong group stronger," says Ivanoff to Simon. "For instance, you are sitting on his boat."

"No problem," says Ivanoff. "He wanted to work a bit on the boat, but…"

"Of course not," says Ivanoff, who says this is not a problem.

But the Moken do have problems. The Burmese have turned some of their islands into military bases. And the Thais are having them make trinkets for tourists, a trend that could ultimately threaten their way of life far more than any number of tsunamis.
But the Moken don't seem terribly worried by all this. Perhaps that's because "worry" is just one more of those words that don't exist in their language.

Riggleman: Meadows' text trove revealed a "roadmap to an attempted coup"
Thanks for reading CBS NEWS.
Create your free account or log in
for more features.
View CBS News In
CBS News App Open
Chrome Safari Continue
Be the first to know
Get browser notifications for breaking news, live events, and exclusive reporting.