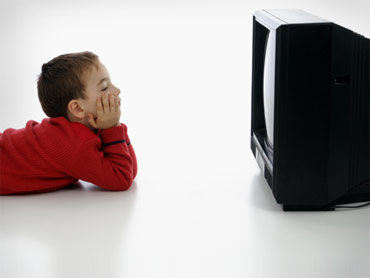 (CBS) Parents generally don't worry much about the arteries in the backs of their kids' eyes.

New research shows that youngsters allowed to stay glued to a TV, computer, or video game have narrow retinal arteries - an anatomical  "marker" for increased risk of high blood pressure, heart disease, and diabetes down the road.

In a first-of-its-kind study, Australian researchers examined the retinas of more than a thousand six-year-old children and then had their parents complete questionnaires about the kids' physical activity levels. The found that the retinal arteries of kids with strong couch potato tendencies averaged 2.2 microns wider than those of kids who got the most physical activity.

"We found that children with a high level of physical activity had a more beneficial microvascular profile compared to those with the lowest levels of physical activity," study author Dr. Bamini Gopinath, a senior research fellow at the University of Sydney, said in a written statement. "This suggests that unhealthy lifestyle factors may influence microcirculation early in life and increase the risk of cardiovascular disease and hypertension later in life."

The tiny difference in the children's retinal arteries - a micron is just one twenty-five-thousandth of an inch - is enough to indicate that blood flow throughout the body is compromised in a way that sets the stage for cardiovascular trouble.

"When you look at the retina, it's an indicator of what is going on in your body," Dr. Audina Berrocal, a pediatric retinal specialist at the University of Miami Bascom Palmer Eye Institute, told Healthday. "The health of the retinal vessels reflects overall cardiovascular health."

It's not screen time itself that puts kids at risk, Berrocal said. It's the lack of exercise.

What would it take to lower kids' risk? Simply swapping one hour of screen time for an hour of physical activity could boost the health of blood vessels. Said Gopinath, "Parents need to get their children up and moving and off the couch."

The study was published in the journal Arteriosclerosis, Thrombosis and Vascular Biology.