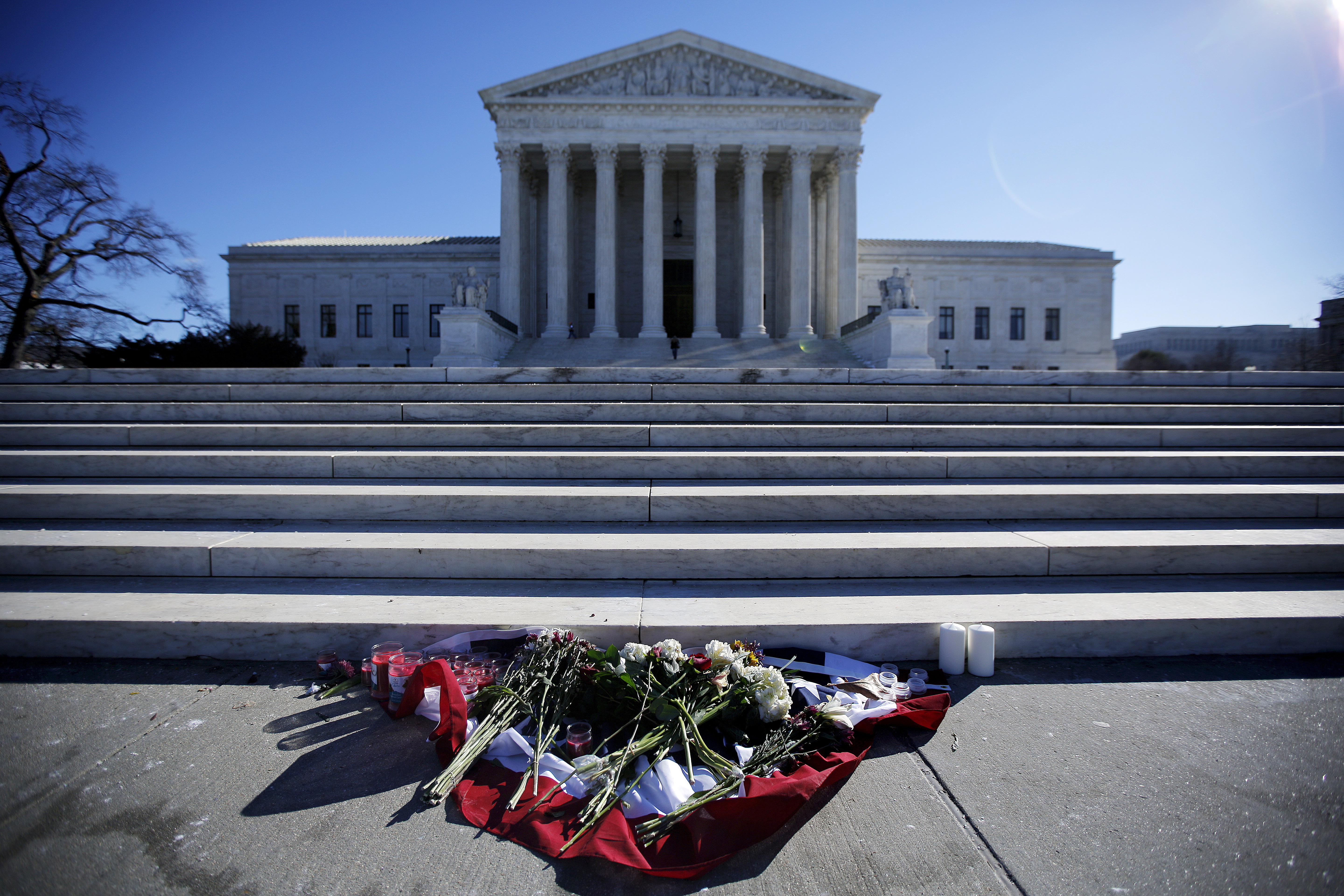 WASHINGTON, D.C. -- The U.S. Supreme Court returned to work on Monday for the first time in 30 years without Justice Antonin Scalia. His empty seat was a reminder of the political battle over when to replace him.

Justice Scalia's seat on the bench now is draped with a black cloth. As the justices returned to work, the first time any of the eight have served on the court without the larger-than-life Scalia.

Chief Justice John Roberts started the morning session with a tribute: "We remember his incisive intellect, his agile wit, and his captivating prose. But we cannot forget his irrepressible spirit."

The 79-year-old Scalia was laid to rest on Saturday after a funeral mass led by his son Paul, a Catholic priest.

Now the fight over his successor begins in earnest. The president is reviewing files of possible nominees, while Republican leaders are vowing to block anyone the president sends up.

Democrats accused Republicans of being obstructionist, but when Democrats controlled the Senate and Republican George H.W. Bush was in the White House, then-judiciary committee chairman Joe Biden proposed the same thing Republicans are doing now.

"Once the political season is underway and it is, action on a Supreme Court nomination must be put off until after the election campaign is over," Biden said in 1992.

In the past it's taken about a month for a nomination, but the president is likely to move more quickly than that.