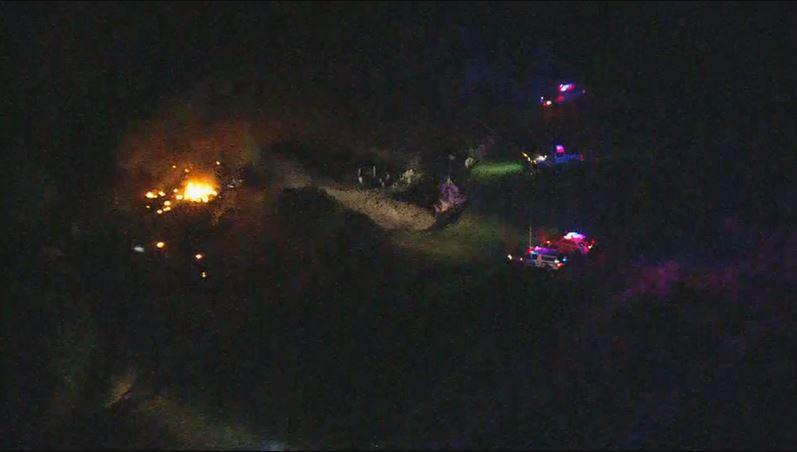 A small plane crashed onto an Arizona golf course Monday evening, bursting into flames and leaving all six people on board dead, police said. CBS News affiliate KPHO said more than half a dozen emergency vehicles quickly arrived at the scene of the crash.

Scottsdale Police confirmed in a statement that officers had responded to a plane crash at the TPC  Scottsdale Champions Golf Course, which sits just north of Scottsdale Airport.

The police said the flight "crashed shortly after takeoff" and that none of the six people on the small plane survived.

The identities of the victims were no being immediately released, pending identification and notification of family members. The National Transportation Safety Board was on the scene and "will be the investigating agency," Scottsdale Police said.

The plane was a Piper PA-24 Comanche, which can carry a maximum of six people. The Federal Aviation Administration said earlier that nobody on the ground was hurt.

At the time of the crash there were clear skies and low wind, KPHO said.