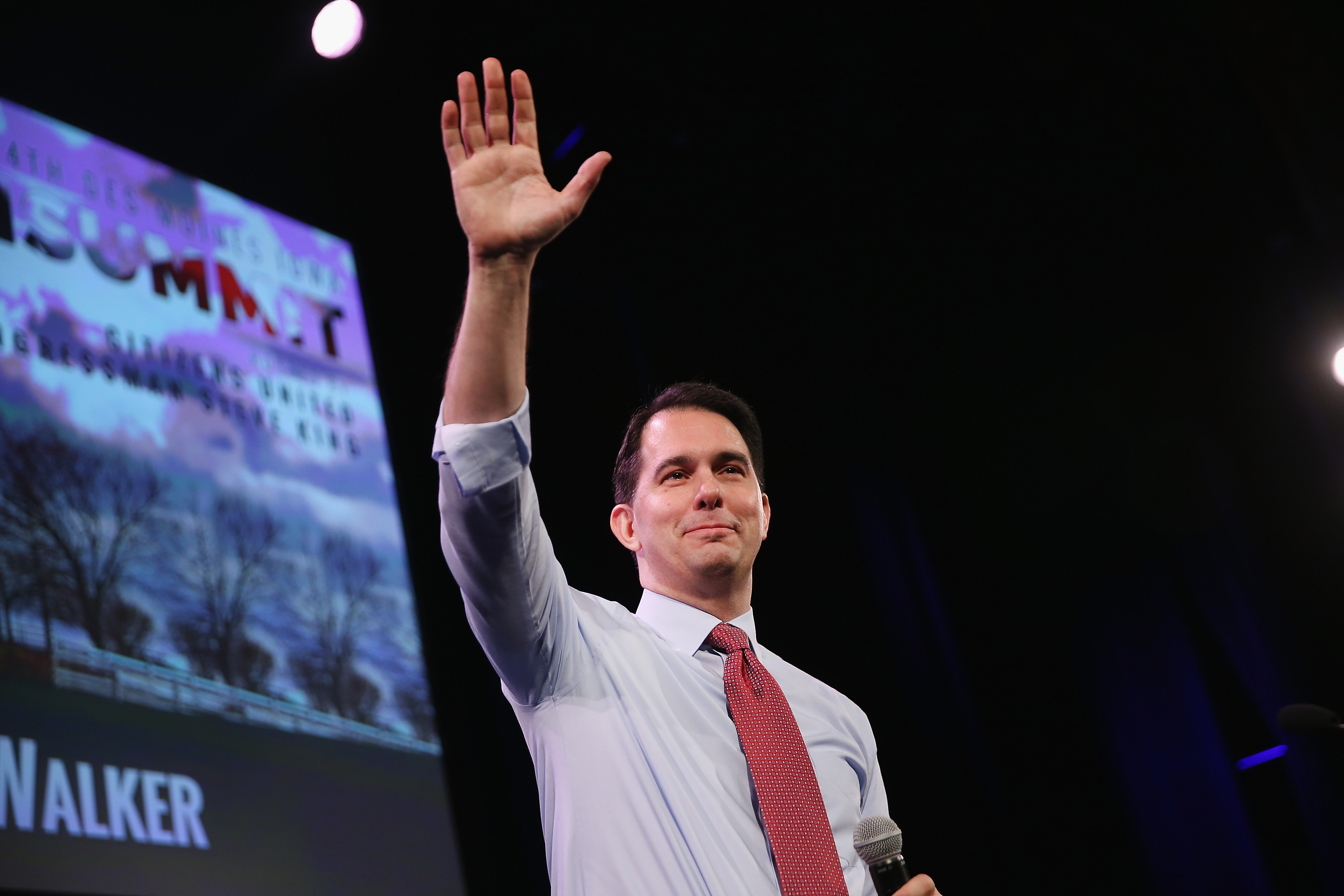 MADISON, Wisconsin -- Wisconsin Gov. Scott Walker wants to require drug testing for those seeking a variety of public benefits, dramatically cut funding to the University of Wisconsin System and greatly expand a private school voucher program under a budget he delivered Tuesday that comes as he takes more steps toward a presidential run.

The budget serves as the basis of the Republican's second-term agenda as governor and is the last one he will introduce before the 2016 presidential campaign. It gives Walker a chance to bolster his resume as he continues to add staff, travel to key primary states, meet with donors and make other serious moves for an expected White House run.

Republicans control the Wisconsin Legislature, which should ease passage of the budget, likely sometime in June. But Walker is meeting resistance from some Republicans over the $300 million proposed cut to UW, which comes with a tuition freeze but more freedom from state laws and oversight, as well as a plan to borrow $1.3 billion to pay for roads and infrastructure.

Republicans also are questioning his plan to hold funding flat for K-12 public schools and criticizing him for not supporting sanctions for schools deemed to be failing on report cards.

But Walker argued that his budget, which delivers on his gubernatorial campaign promise to continue lowering property taxes, would help people achieve the American dream.

"Our plan is based on growth and opportunity, which leads to freedom and prosperity for all," he said. "Secondly, our plan will use common sense reforms to create a government that is limited in scope and, ultimately, more effective, more efficient, and more accountable to the public."

Walker, the 47-year-old son of a preacher, also calls for drug testing for people seeking Medicaid, unemployment, food stamps and other public benefits. Similar proposals in other states have been successfully challenged in court as unconstitutional.

While the Legislature debates his plan, Walker will be ramping up his travel schedule for a likely presidential run. Last week, he created a tax-exempt committee to boost his presidential aspirations, while also generating buzz among conservatives after a well-received trip to Iowa.

Walker rose to national prominence when he proposed in his first budget in 2011 to effectively end collective bargaining for most public workers, while also forcing them to pay more for health care and pension benefits, to help solve a projected $3 billion budget shortfall then.

Walker, when talking about a presidential run, offers that as an example of the type of bold and decisive leadership he says is needed on the national level.

"Instead of taking `bold steps' to find a solution to his state's budget crisis, Gov. Walker would rather play political games, further polarize his state, and exacerbate an already dire budget situation," Democratic National Committee spokesman Jason Pitt said in a statement.