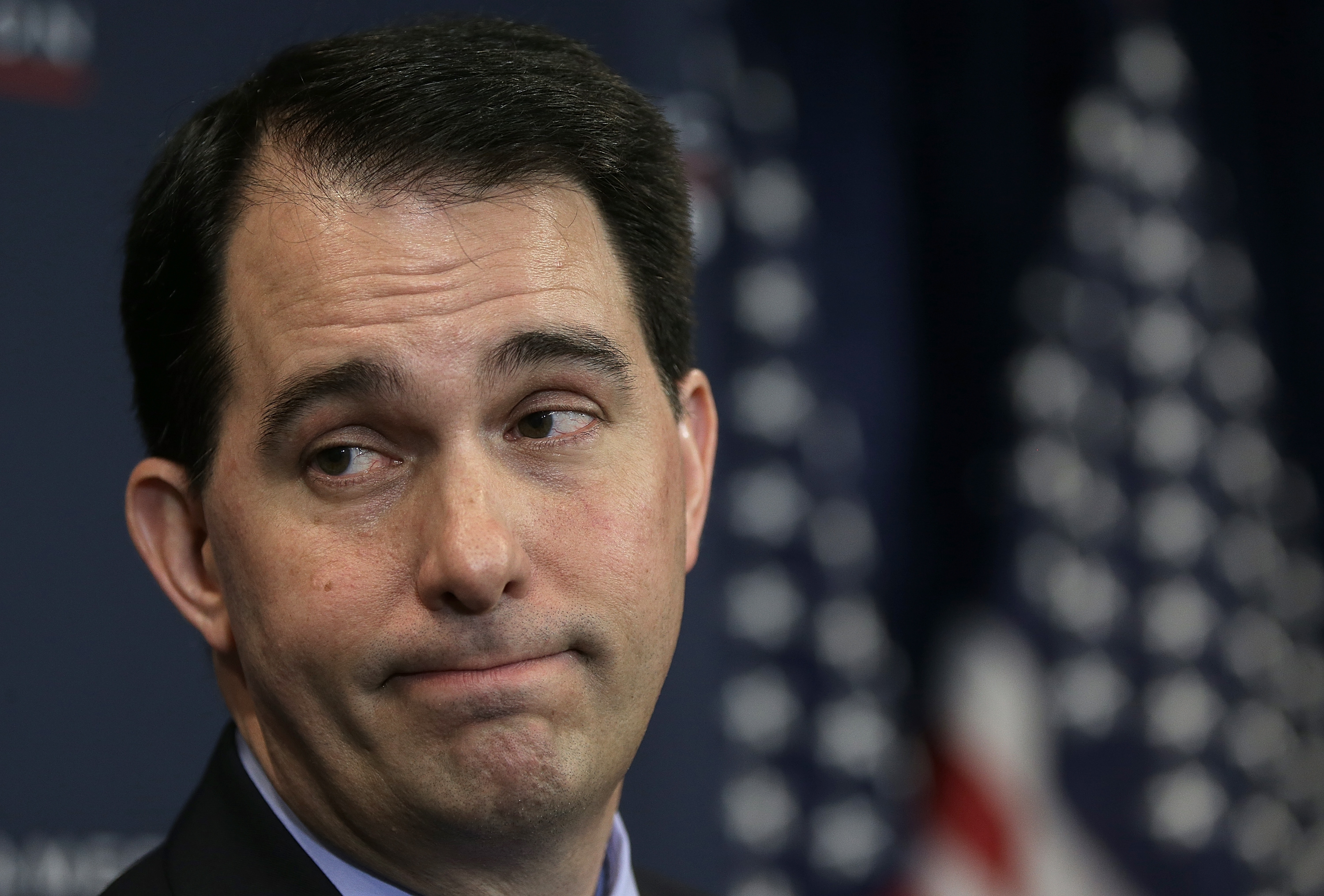 "I personally believe that marriage is between one man and one woman," Walker said Sunday on ABC News, answering a question about an upcoming Supreme Court decision on same-sex marriage. "If the court decides that, the only next approach is for those who are supporters of marriage being defined as between one man and one woman is ultimately to consider pursuing a constitutional amendment."

The Republican governor, who has said he will announce a decision on a run for the White House by the end of the summer, presides over a state where same-sex marriage is legal. Walker had supported a 2006 Wisconsin's constitutional amendment to ban same-sex marriage, but a federal judge declared the law unconstitutional in 2014.

Walker has previously told reporters that, despite his beliefs, he has been to a same-sex wedding reception for a gay member of his family.

When asked a question about his opinion on recent headlines over Caitlyn Jenner's public transformation, Walker chose to limit his comments on the "personal decision."

Texas Sen. Ted Cruz, the first to declare his candidacy for the Republican presidential nomination, has also proposed a similar constitutional amendment to protect states' abilities to ban same-sex marriage.

"The people should decide the issue of marriage, not the courts," Cruz said in a statement. "The union of a man and a woman has been the building block of society since the dawn of history, and the people in numerous states have repeatedly affirmed that truth in their laws. Nothing in the Constitution prohibits that."

The Texas Republican has filed two bills on the issue: the Restoration of Marriage Amendment, which would guarantee that individual states have the right to define marriage as the union of one man and one woman, and the Protect Marriage from the Courts Act of 2015, which would prohibit federal courts from ruling on state marriage laws.

The Supreme Court is expected to hand down a decision on same-sex marriage by the end of this month.