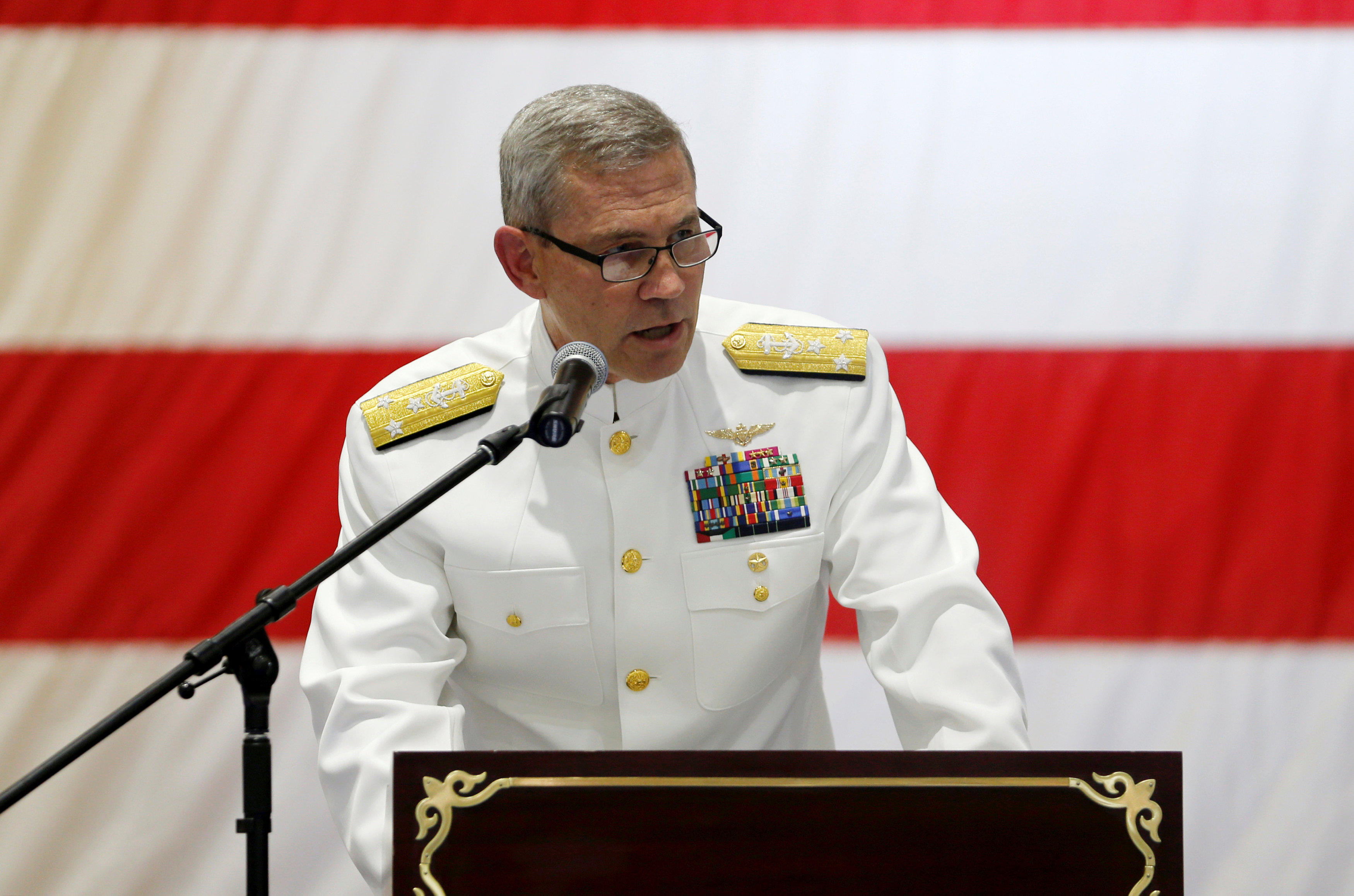 Vice Adm. Scott Stearney, who oversaw U.S. naval forces in the Middle East, was found dead Saturday in his residence in Bahrain, officials said. Defense officials told CBS News they are calling it an "apparent suicide."

"This is devastating news for the Stearney family, for the team at 5th Fleet, and for the entire U.S. Navy," Chief of Naval Operations Adm. John Richardson said. "Scott Stearney was a decorated Naval warrior. He was a devoted husband and father, and he was a good friend to all."

The Naval Criminal Investigative Service and the Bahraini Ministry of Interior are investigating Stearney's death, the Navy said, but foul play is not suspected.

Stearney, a native of Chicago, joined the Navy in 1982 after graduating from the University of Notre Dame, according to his official biography. He became an aviator in 1984 and flew the FA-18 Hornet in several fighter squadrons and logged more than 4,500 "mishap free" hours of flight.

The 5th Fleet operates in the Arabian Gulf, Red Sea, Gulf of Oman and the Indian Ocean, including the critical strategic choke points of the Strait of Hormuz and the Suez Canal.