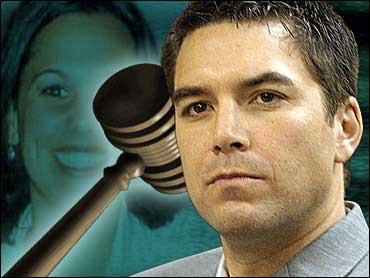 Scott Peterson will have to wait at least an extra week before learning his fate for murdering his wife Laci and their unborn son.

Judge Alfred A. Delucchi denied a defense motion for a new jury and location Monday, and rescheduled the penalty phase to start next Tuesday.

"We're going to have to go with this jury," Delucchi said.

As for moving the case elsewhere, the judge said it would be impossible. "Where could I send this case in the state of California that hasn't been inundated with the media coverage?"

The delay also allows lawyers on both sides to finalize their witness lists, reports CBS News Correspondent Steve Futterman. The Thanksgiving holiday this week had complicated travel schedules for some of those expected to testify.

When the penalty phase does begin, the same jury that convicted him is are likely to hear very emotional heartfelt testimony from those closet to both Laci Peterson and Scott Peterson.

The impact of his crime on Laci Peterson's family could overshadow all else in the penalty phase, reports CBS News Correspondent John Blackstone. Laci's mother will tell the jury what the murder has done to her, the pain and loss she spoke of soon after Laci's body was discovered.

Scott Peterson's mother will take the stand, too, likely describing a loving son always kind and helpful, Blackstone reports. His father may talk about the ardent golfer and fisherman he knows his son to be. The jurors must decide whether the good in Peterson's life outweighs the bad.

Both families have been present throughout the trial and before that, during the long search for Laci.

Scott Peterson had no history of violence, in fact, no police record before his wife disappeared, reports Blackstone. Will that factor into deliberations?

Defense attorney Mark Geragos had asked that a new jury be selected, and that the penalty phase of the trial be moved to another county in California, on the grounds that San Mateo county is too prejudiced against Peterson, reports Futterman. To bolster his argument, Geragos pointed to the celebration that took place outside the courthouse tem days ago when Peterson was found guilty.

Parole is not an alternative for Peterson, who faces either a lethal injection or life in prison after being convicted of first-degree murder in the death of his wife, with the special circumstance of killing the fetus she was carrying. Scott faces an additional 15-year term for second-degree murder in that death.

Scott Peterson could spend his remaining years catching glimpses of the bay where he launched his boat on Christmas Eve 2002, not far from where the bodies of his pregnant wife and unborn child eventually floated to shore.

If he is sentenced to death for those murders, Peterson would be transported to San Quentin State Prison overlooking San Francisco Bay.

Cell doors on two of the three units at San Quentin look past walkways patrolled by rifle-toting guards, out at the same water that doomed Peterson when jurors didn't buy his alibi, that he just happened to be fishing when his wife, Laci Peterson, disappeared. The rooftop exercise yard on the original 1934 death row building, which now houses 68 of the best behaved condemned inmates, also overlooks the bay.

Should Peterson, 32, be sentenced to life in prison without possibility of parole, he would almost certainly be sent to one of the state's eight maximum security prisons.

There, protecting him from the rough justice of his fellow inmates would be paramount.

"Scott Peterson won't be the first celebrity prisoner we have in California, and he won't be the last. We have a lot of experience in dealing with celebrities," said Terry Thornton, a spokeswoman with the California Department of Corrections. "We do have the capacity to protect someone with Scott Peterson's notoriety."

Peterson would be a likely target, both because his case became a worldwide obsession and because he stands convicted of the grisly murders of a woman and child.

Most likely, Peterson would go to the protective housing unit at California State Prison in Corcoran.