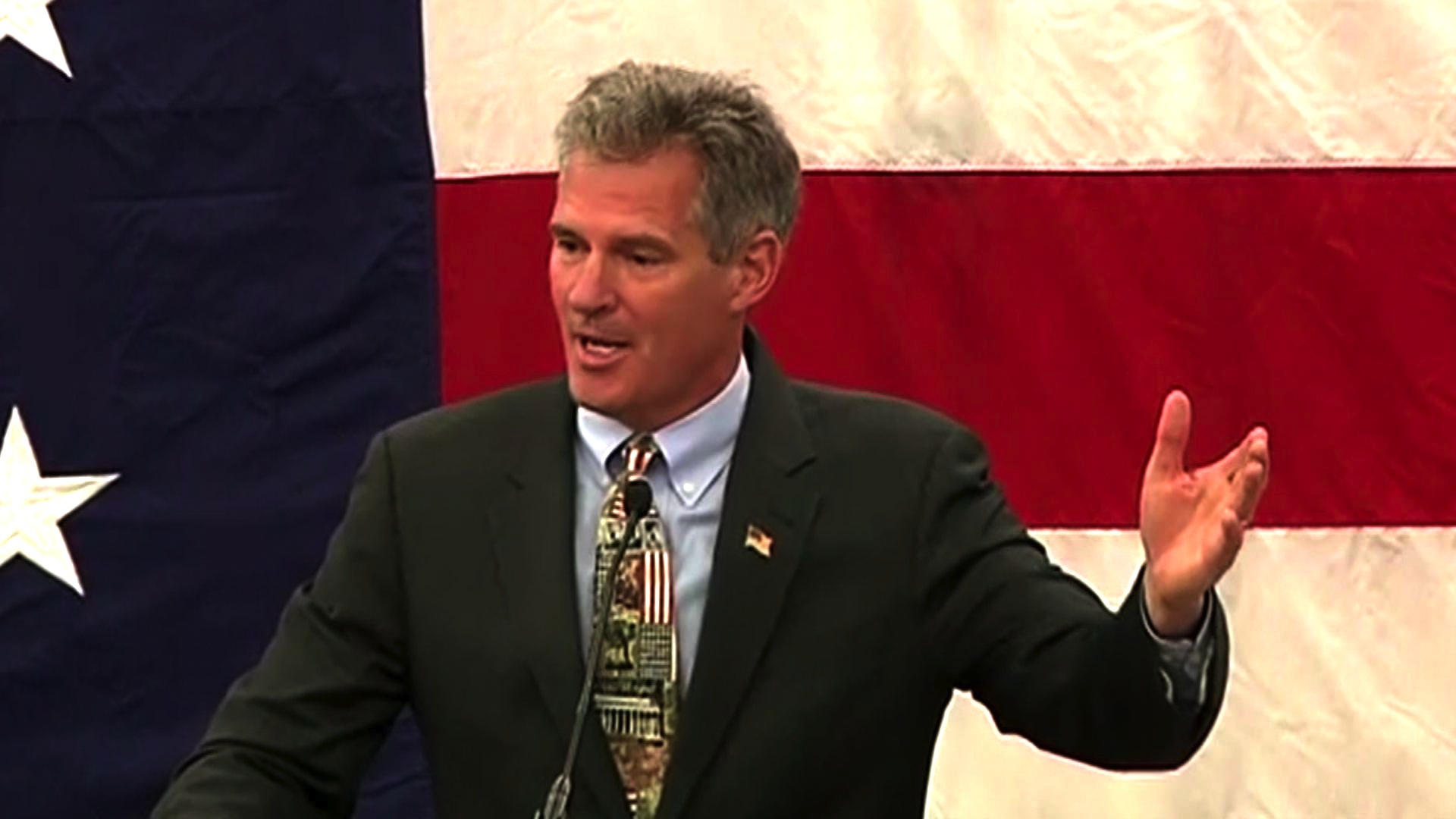 NASHUA, N.H. -- Former Massachusetts Sen. Scott Brown, having recently relocated to his seacoast New Hampshire vacation home, announced on Friday that he is forming an exploratory committee to enter the race for the U.S. Senate in New Hampshire. The move officially allows him to begin raising money and hiring staff.

The announcement came during Brown's speech before the Northeast Republican Leadership Conference in Nashua, N.H. In his remarks, Brown recalled that his wife Gail had been urging him to run for the Senate in New Hampshire.

"Honey, you are right, I'm going to stop complaining and get involved again," Brown said. "So I am announcing that I have formed an exploratory committee to prepare a campaign for the U.S. Senate."

During his time representing deep-blue Massachusetts, Brown carved a more moderate profile, distancing himself at times from his more conservative Republican colleagues. He promised to sustain that record if New Hampshire voters send him back to Congress.

"I'm a proud Republican, but I've always been able to work with every person of good will, whatever their party," he said, "and we sure need more of that spirit in Washington right now, if we're going to rise to the big and fundamental challenges facing this nation.

Brown's interest in a Senate campaign against Shaheen, a first-term senator, may overshadow the weekend event.

On Friday, Brown's contract as an analyst with the Fox News Channel was terminated after he notified executives of his decision to jump back into the political fray. "I am extremely grateful to everyone at Fox for their friendship," Brown wrote on Twitter Friday.

Democrats scoffed at a prospective Brown candidacy, noting that he is also considering a 2016 presidential campaign. An adviser confirmed Friday morning that Brown has canceled plans to visit Iowa next month.

Shaheen, a former governor, was widely expected to win her first re-election test in November before Brown began hinting late last year that he might cross state lines to challenge her. National Democrats already have their hands full defending more vulnerable Democratic incumbents across the country as they fight to retain their six-seat Senate majority.

While recent polls give Shaheen a solid lead in a prospective matchup, Brown's near-universal name recognition in a state that shares a media market with Massachusetts and his national fundraising network would make him a serious contender should he enter the race.

Democrats and their allies were preparing for a worst-case scenario, having spent roughly $360,000 on television advertising against Brown in recent weeks. Conservative critics spent heavily to weaken Shaheen earlier in the year, led by the tea party ally Americans for Prosperity, which spent roughly $700,000 on television ads knocking Shaheen's support for President Barack Obama's health care overhaul.

The outside group American Crossroads, co-founded by Republican strategist Karl Rove, on Friday confirmed plans to spend $650,000 more on a new television advertising campaign against Shaheen beginning next week.

In his announcement on Friday, Brown elevated his opposition to Obamacare, promising to make it a centerpiece of his latest campaign.

"A big political wave is about to break in America, and the Obamacare Democrats are on the wrong side of it," he said. "Tens of thousands of people in New Hampshire have lost the health coverage they liked. Thousands more are paying higher premiums for coverage they don't like. The whole thing is such a fiasco that the administration keeps changing the law, without even bothering to ask Congress or ask you."

"There's only one way to get rid of Obamacare once and for all, and that is to get rid of the Obamacare Democrats who rammed it through Congress and forced it upon the American people," he added.

Brown shocked the political world and rose to national prominence by winning the 2010 special election to replace the late Massachusetts Sen. Ted Kennedy, but he was soundly defeated in his first re-election test against Sen. Elizabeth Warren in 2012.

"Karl Rove, like the Koch Brothers, thinks he can buy our Senate seat and put Scott Brown back in the Senate," said Harrell Kirstein, spokesman for the state Democratic Party. "That's not good for New Hampshire and people here know it."