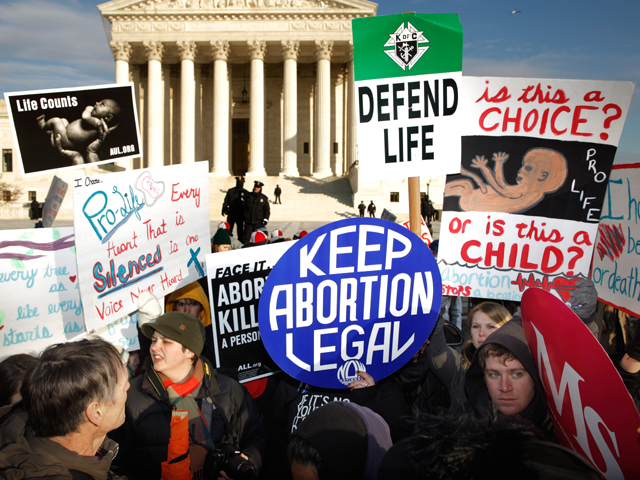 Massachusetts Senator Scott Brown on Tuesday became the third Senate Republican to publicly oppose a proposal that would defund Planned Parenthood and eliminate a program providing aid for family planning and reproductive health.

In a statement on Tuesday, the Massachusetts Republican expressed his support for reproductive health services for women, and urged Congress to work together to find a "reasonable and appropriate" compromise on the matter, according to the Boston Globe.

"I support family planning and health services for women," said Brown, who was voted into the Senate in a special election in 2010. "Given our severe budget problems, I don't believe any area of the budget is completely immune from cuts. However, the proposal to eliminate all funding for family planning goes too far. As we continue with our budget negotiations, I hope we can find a compromise that is reasonable and appropriate."

But such a measure looks increasingly unlikely to pass through a Democrat-controlled Senate - particularly with the defection of Republicans like Brown, Murkowski and Collins.

Murkowski, an Alaska Republican who was re-elected to the Senate via a write-in campaign last November, recently became the first serving GOP senator to explicitly support Planned Parenthood.

"I believe Planned Parenthood provides vital services to those in need and disagree with their funding cuts in the bill," Murkowski wrote in a letter earlier this month. "I ask you to consider these programs going forward to determine if there is room for allowing continued funding."

In an email obtained by Politico, Murkowski described the organization as one that "has provided women throughout the U.S. with important family planning and contraceptive services as well as screening for breast and cervical cancers for low-income women."

Collins, a moderate Republican, earlier this month expressed her support for Title X -- the only federal program specifically designated to addressing reproductive health, and the program through which Planned Parenthood receives its annual $300 million in federal funding.

"Sen. Collins is a longtime supporter of the Title X family planning program, and she believes the House's decision to completely eliminate the funding is unwise," said Collins spokesman Kevin Kelley, according to Politico. "The program has successfully reduced the number of unplanned pregnancies, therefore helping to reduce health care costs."

Brown voted two weeks ago in favor of the proposal that would have made the funding cuts to Planned Parenthood, though according to the Globe he said he "would have had different priorities" in what programs to cut.

"If Scott Brown felt this way, he should have shown some backbone and opposed these cuts in the first place," said Democratic Senatorial Campaign Committee spokesman Matt Canter in a statement on Tuesday. "Instead he did what he always does and stood in lock step with the Republican establishment in Washington DC, voting to cut funding for 800 women's health care clinics across the country, including more than a half dozen in Massachusetts."