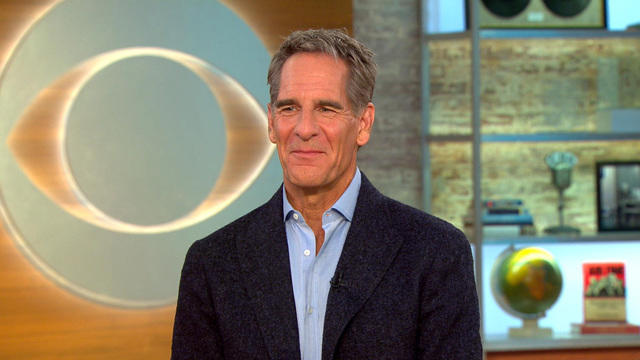 Golden Globe-winning actor Scott Bakula, who stars in the hit series, "NCIS: New Orleans," said he was worried he wouldn't make it to the show's 100th episode, which airs Tuesday night on CBS. He told "CBS This Morning" that it's a particularly meaningful milestone for him.

"I've never gotten [to 100] before," he said. "'Quantum Leap' was 97 hours, 'Star Trek: Enterprise' was 98 hours. So I was very superstitious when we got close to 100 that we weren't going to get there. And of course two days before we almost finished our 100th episode, the hurricane was coming up the Gulf and it was headed for New Orleans, and I said, 'This is ridiculous, it's going to wipe out the studio, we're gonna have floods, and I'm still not going to get to a hundred!'"

"You're saying the show, and you, have reached your creative stride. What does that mean?" asked co-host Gayle King.

"Shows take a long time to figure themselves out, and characters out, and unfortunately we had a lot of ups and downs in our four years. We've lost people, people have left the show. It's the most rocky show time that I've ever had. So we've had a little bit of peace and quiet, and then of course I say that and it's changed again in the last couple of weeks." [Former showrunner and consulting producer Brad Kern was fired earlier this month.]

"But there's a lot going on on the planet right now, and it's all good – it's changed and things need to happen. But it's affected us tremendously. So we just keep our head down and try to do our good work and stand up for all the things we need to stand up for."

Bakula described the 100th episode (teased in a clip in which he discovers some of his own childhood toys at a crime scene!) as part of a re-examination of his character, Dwayne Pride, Special Agent-in-Charge of the NCIS Southeast Field Office.

"At the end of last season I was shot three times," he said. "Everybody thought I was going to die."

"I survived [the shooting], but I come back with PTSD, I had a near-death experience. I have a relationship with the Angel of Death, which has been an interesting thing that we've sprinkled through. And I'm flashing back on different elements of my life. So we're dealing with that. And it's kind of fun in season five to take a little side trip and explore some different things, different sides of Pride and his character and his history."

The actor also talked about the relationship Pride has with a character played by Bakula's real-life wife, Chelsea Field, who co-stars as assistant D.A. Rita Deveraux.

"We've worked together before, it's not the first time," he said. "And I absolutely adore having her there, because I commute basically back and forth between L.A. and New Orleans, so when she's down there I have her to myself! So we get time together during the season, which we don't get a lot of. And most importantly she works me. She pushes me to be better, because she's basically a more disciplined, better actor than I am. And so she's always asking me questions and she's leading me to discoveries. And on a TV show you don't really rehearse, you just go. And so, because we live together, we can talk about things, we can fly on the plane and talk about a scene: What do you want to do?  So we get a lot more opportunity to explore things. And in that exploring I do better work. So I'm very lucky."

"NCIS: New Orleans" airs on CBS Tuesdays at 10 p.m. ET/PT, and is also available via streaming on cbs.com and on CBS All Access.