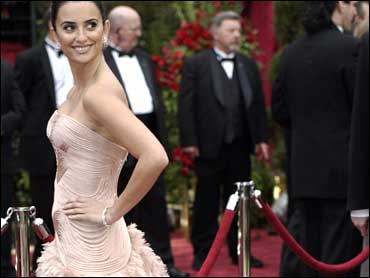 If you love the look of high fashion, but can't afford the price tag, we've got a scoop for you. As CBS' Alexis Christoforous reports, you can look like you stepped out of "Vogue" magazine, even before the top designers can get their latest rags on the racks.

Designers are trotting out their newest looks. And by the time the models step off the catwalk, the knockoff artists will be at work making bling on a budget.

"The head designers are out there to inspire us. They're fabulous. And what we do is fabulous for our consumer," says Elizabeth Barnes, merchandiser for Faviana.

Faviana's versions are sometimes look-alikes, sometimes re-interpretations. They reach stores months before the designer duds, at a fraction of the price.

Beyonce barely cleared the red carpet at this year's Golden Globes and Faviana had its own version of her beaded gown within 48 hours.

But fashionistas say quantity is no substitute for quality. "Often you get the same look but it falls apart in days," says Marc Karimzadeh, designer sportswear editor of "Women's Wear Daily."

Without the multi-billion dollar knockoff industry, high-end design would only be for the super rich. But sometimes the replicas are a little too close for comfort.

"When you see the exact same design made with a lesser fabric it's no longer an inspiration, it's a copy," says Karimzadeh.

And imitation couture has some designers coming apart at the seams. Congress is now considering legislation that would protect fashion designs for three years and fine copycats.

But copies or not, they do shine a light on fashion. "That interest in fashion is good for everyone. They have never seen revenues higher than they're seeing today," says Professor John Mincarelli, of the Fashion Institute Of Technology.

And for the masses, that means you can look like a million bucks... without spending it.