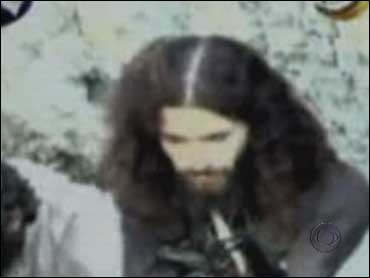 The head of Pakistan's Taliban attended a funeral shortly before a suspected U.S. missile struck, killing about 80 people, two intelligence officials said Wednesday, but a top Taliban aide denied that the leader had a close call.

Baitullah Mehsud, accused of plotting suicide bombings and the assassination Tuesday of his chief rival, is the target of a looming offensive by Pakistan's military in the South Waziristan tribal area bordering Afghanistan.

Clashes continued Wednesday in the volatile northwest, with a rocket attack at a police checkpoint on the outskirts of Peshawar killing three officers, local police chief Yasin Khan said. Three rockets were fired at a military base in Wana, the main town in South Waziristan, triggering a shootout but no known casualties.

But the army's focus is on Mehsud, who reportedly has up to 12,000 men under his control, entrenched in the lawless tribal areas. Suspected missile strikes killed several people at a purported Taliban training center early Tuesday, then another barrage rained down on a funeral procession for some of those killed in the first attack.

Intelligence officials had said Tuesday night that Mehsud was at the funeral and that militants lost contact with him for a while. Media reports suggested he had a very close call.

Two intelligence officials said Wednesday that although Mehsud had visited the village where the funeral took place, he left before the drone-fired missiles killed 80 people - reportedly including several senior Taliban leaders - and wounded dozens more. The two officials, speaking on condition of anonymity because they were not authorized to talk to media, said it was unclear how long before the attack Mehsud left.

Dozens of air strikes have been carried out in the tribal regions over the last year, drawing criticism from Pakistan's leaders that they jeopardize the military operation by firing up an already raging anti-Americanism.

Meanwhile, Islamabad police chief Kalim Imam said Wednesday that police are holding 25 suspects on suspicion they were planning acts of terrorism or were behind bomb attacks across the country.

"We got hold of them through good intelligence," Imam told reporters.

Interior Minister Rehman Malik said two of them were arrested three days ago on suspicion they wanted to attack Parliament and an elite intelligence agency.

Two senior security officials said other potential targets of the 25 included the office of Pakistan's main spy agency and some embassies. The officials spoke on condition of anonymity as they were not authorized to speak to media.

Qari Hussain, a close associate of Mehsud who is known for training suicide bombers, denied reports that Mehsud had a close call in the missile attack.

"Baitullah Mehsud was at a secret place at the time of the American missile attack, and the attack killed only five of our colleagues, and the remaining 45 slain men were villagers," he told The Associated Press.

Waliur Rehman, another Mehsud aide, claimed responsibility for the assassination the day before of Mehsud rival Qari Zainuddin, who was shot dead in his office by one of his own guards. Rehman said Zainuddin was killed for working against the interest of the Pakistani Taliban.

Zainuddin, who broke with Mehsud in 2007, was estimated to have about 3,000 armed followers. He recently criticized Mehsud for using suicide bombings to target civilians.

The slaying underscores a rift in the Taliban's ranks as it braces for the impending army assault that has been preceded by aerial and artillery bombardment. It also sets back government hopes of exploiting these internal divisions.

Despite some divisions, the renegade Taliban agree on the need to fight U.S. and NATO forces in Afghanistan.

Mehsud has humbled the Pakistani army in past battles and has been closing ranks this year by forging fresh alliances with other powerful Taliban leaders and killing off opponents. Although Zainuddin was never seen as a serious challenger to Mehsud, the government had clearly hoped his outspoken criticism of the Taliban leader would foster others to defect and help the army with tips on where to find him.

Ahead of the military campaign, Malik, the interior minister, said 65,000 displaced people have moved from South Waziristan to North Waziristan, where they are living with friends and relatives.

The Obama administration supports anti-militant operations, seeing them as a measure of Pakistan's resolve in combating a growing insurgency. The battle could also help the war in Afghanistan because militants have launched cross-border attacks on coalition troops there.