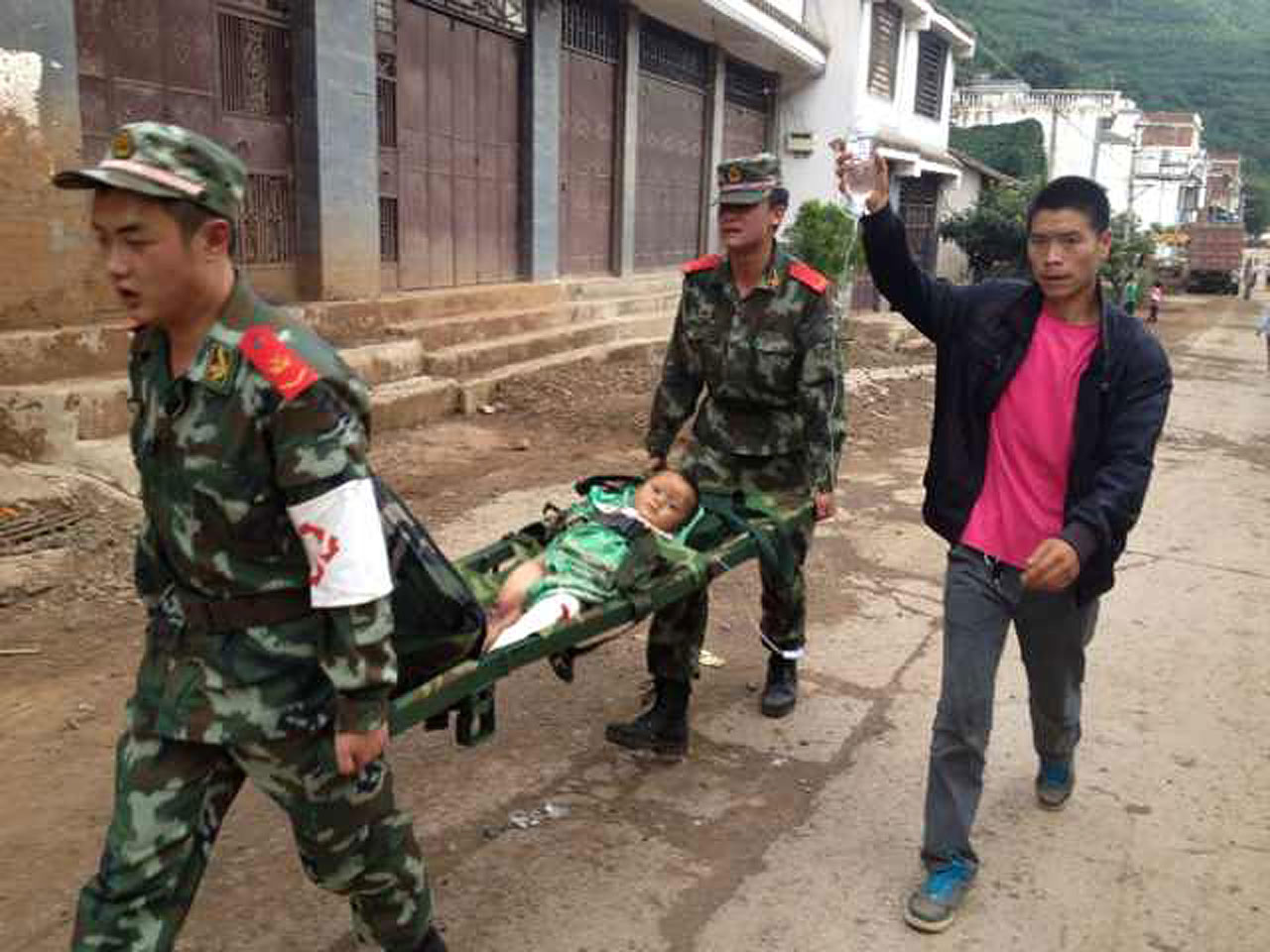 BEIJING - A strong earthquake in southern China's Yunnan province toppled thousands of homes on Sunday, killing at least 367 people and injuring more than 1,800.

The magnitude-6.1 quake struck at 4:30 p.m. at a depth of 10 kilometers (6 miles), according to the U.S. Geological Survey. Its epicenter was in Longtoushan township, 23 kilometers (14 miles) southwest of the city of Zhaotong, the Ludian county seat.

CBS News correspondent Seth Doane reported the quake is the strongest to hit the province in 14 years.

Ma Liya, a resident of Zhaotong, told Xinhua that the streets there were like a "battlefield after bombardment." She added that her neighbor's house, a new two-story building, had toppled, and said the quake was far worse than one that struck the area in 2012 and killed 81 people.

"The aftermath is much, much worse than what happened after the quake two years ago," Ma said. "I have never felt such strong tremors before. What I can see are all ruins."

Xinhua said at least 367 people were killed in the quake, with 1,881 injured.

Most of the deaths were in Zhaotong City, Xinhua said. Another 10 people were killed in Quijing City.

News reports said rescuers were still trying to reach victims in more remote towns Sunday night. Doane reported at least 2500 troops were involved in the rescue effort, but blocked roads and hampered communications are making it harder for them to reach people in more remote areas.

U.N. Secretary-General Ban Ki-moon offered "his condolences to the Chinese Government and the families of those killed," according to a statement from his office. The statement said the U.N. is ready to "lend its assistance to efforts to respond to humanitarian needs" and "to mobilize any international support needed."

"Our thoughts and prayers are with the families of those that lost their lives," said National Security Council deputy spokeswoman Bernadette Meehan. "The United States stands ready to assist."

Many of the homes that collapsed in Ludian, which has a population of about 429,000, were old and made of brick, Xinhua said, adding that electricity and telecommunications were cut off in the county.

The mountainous region where the quake occurred is largely agricultural, with farming and mining the top industries, and is prone to earthquakes.

Relief efforts were underway, with more than 2,500 troops dispatched to the disaster region, Xinhua said. The Red Cross Society of China allocated quilts, jackets and tents for those made homeless by the quake, while Red Cross branches in Hong Kong, Macau and neighboring Sichuan province also sent relief supplies.

Chinese state broadcaster CCTV said the quake was the strongest to hit Yunnan in 14 years.

In May 2008, a powerful quake in Sichuan province left nearly 90,000 people dead or missing.