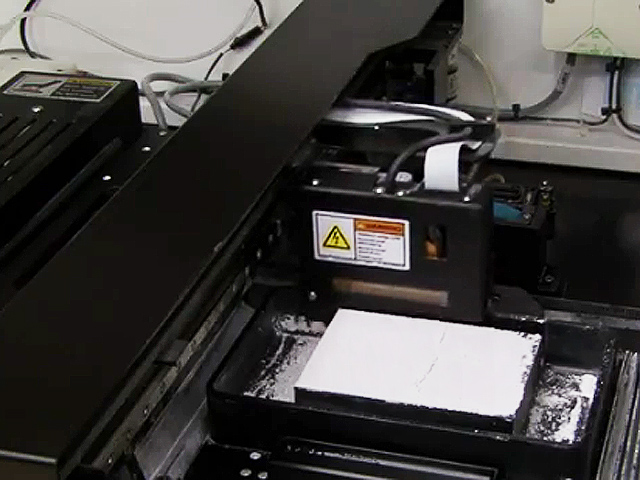 (CBS) Got a broken bone? Help may be around the corner - at your computer store.

Scientists say they've used a 3D inkjet printer to create bone-like material that may be used in surgeries, dental work, or for treating osteoporosis. The "print-out" would act like scaffolding for new bone to grow on, and would disintegrate once the bone growth is complete.

The scientists reported their work in the Nov. 29 issue of the journal, Dental Materials. They say they've tested the bone-like substance successfully in rats and rabbits, so it's possible doctors can create custom bone tissue in their offices within a few years.

"If a doctor has a CT scan of a defect, we can convert it to a CAD file and make the scaffold according to the defect," study author Susmita Bose, professor at Washington State University's School of Mechanical and Materials Engineering, said in a university-released written statement.

Scientists took a bone-like material called calcium phosphate, and added zinc and silicon to it. That doubled the material's strength.

Then, the scientists tinkered with a commercially available ProMetal 3D printer that's used to make metal objects. Instead, their printer uses the inkjet to spray a plastic binding liquid over a bed of powdered material that's so small, it's half the width of human hair. Layer by layer, the material gets thicker, eventually forming a cylinder the size of a pencil eraser. The scientists place that in a controlled environment with real human bone cells, and within a week the real bone hooks up to the scaffolding, facilitating bone growth.

"The way I envision it is that 10 to 20 years down the line, physicians and surgeons, they should be able to use these bone scaffolds along with some bone growth factor... for different types of bone disorders," Bose said in a university video.