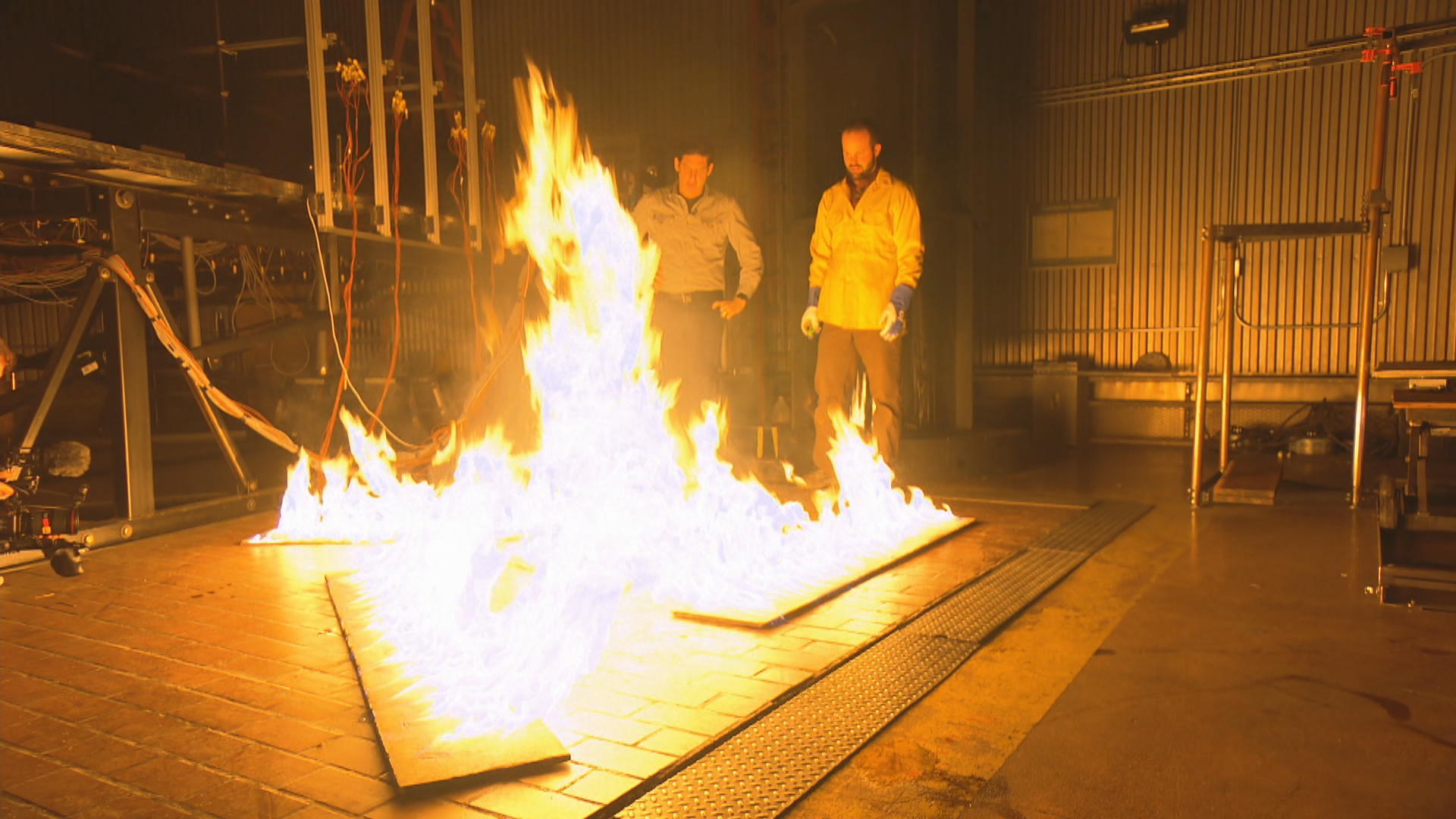 Wildfires have burned about 7.3 million acres across the U.S. this year compared to an average of 5.8 million acres for the equivalent period over the last 10 years. Scientists are trying to unlock the secrets of how fires spread, in hopes of keeping them away from people and property. One particularly dramatic example of the growing threat they're studying: fire tornadoes.

Scientists at a U.S. Forest Service lab in Montana are fighting fires by lighting fires, reports CBS News' Carter Evans. Research forester Mark Finney and his team have spent decades building a series of demonstrations in the lab that replicate real-world fire conditions out in the wild. They use cameras mounted from 10 different angles to both document the fire's behavior and take measurements.

"Our intention is to understand the physical processes that lead to different kinds of fire behaviors and in order to do that we have to design experiments that can scale all the way up to the field scale," Finney said.

In the last few years, most firefighters have told us that scale is growing larger than anything they've seen before. This past July, the world watched something most of us have never witnessed: a fire tornado.

The massive funnel of smoke and flames outside Redding, California, was about a thousand feet wide and reached wind speeds of 165 mph – equivalent to an EF-3 tornado.

"There were vehicles that were rolled and moved, there were large power line towers that were torn off the base and actually blown through the air," said mechanical engineer Jason Forthofer.

Forthofer specializes in fire tornadoes, also known as fire whirls. He said he'd never seen anything like it before.

"As the hot air above the fire accelerates vertically it actually stretches the air, and the already rotating air spins it up into these really, really, tight whirls and high wind speeds," Forthofer said. "We've seen these things last for over an hour out in the real world."

Forthofer helped design some of the newest experiments in this lab specifically to study this phenomenon.

"We know enough to understand some of the ingredients that cause fire whirls but we're not too close to being able to predict actually when and where they will occur out on the ground," he said.

Forthofer says fire tornadoes, like a recent one in Canada that sucked a hose up into its vortex, are actually not uncommon occurrences. Smaller versions happen in almost every major fire, but they're usually far away from populated areas and TV cameras. He said we can expect to see more of them.

"Just because it seems like we're having more intense fires and so the fire tornadoes sort of correlate with that," Forthofer said.

That makes the research they're doing in Montana even more critical for protecting property and saving lives.

Behind the College Assistance Migrant Program