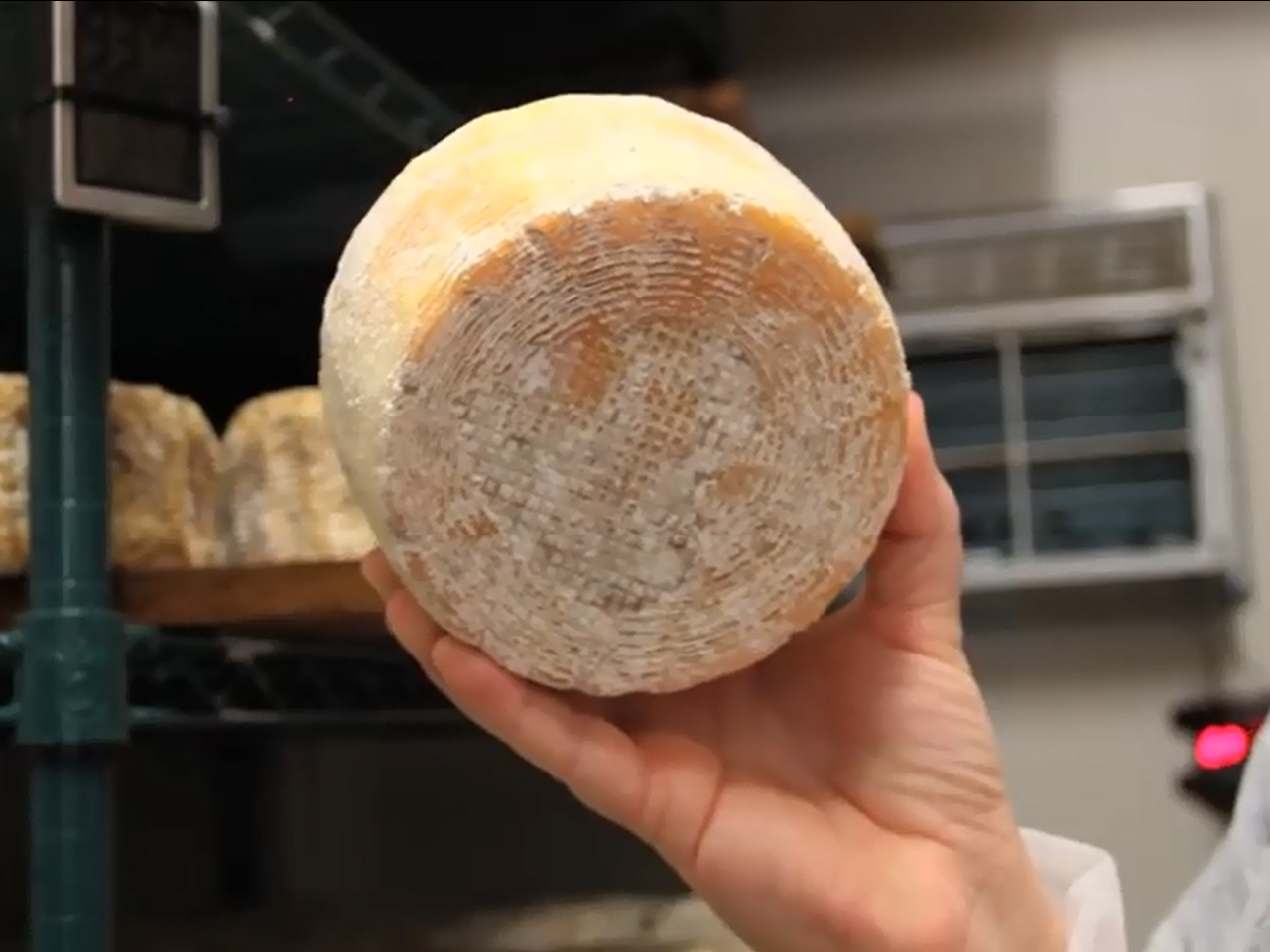 Cheese is known for its stinky odor. But, cheeses at one exhibit at the Science Gallery Dublin in Trinity College Dublin come from an especially smelly source -- human toe, armpit, belly button and mouth bacteria.

Selfmade, which is part of the Grow Your Own…Life After Nature exhibition, features different “microbial sketches” of cheeses created with bacteria samples from various people. Each cheese supposedly smells similar to the donor’s body odor.

The team took different microbial strains from the subjects. Next, they identified microbes that made up that person’s specific scent using a method known as headspace gas chromatography-mass spectrometry analysis, which can find volatile organic compounds in a sample.

Then, the cheese making process began. Milk was added to the microbe sample, and spoiled with a bacteria called Lactobacillus. When the sample curdled, the team separated the clumps and aged them with yeast to make different varieties of cheese.

"I'm really excited about things that sometimes are a little bit gross, a little bit disgusting,” microbiologist Christina Agapakis, who worked on the project, admitted at a Pop Tech presentation about the human cheese project.

Agapakis partnered with artist Sissell Tolaas for the project. They explained in a statement that they were interested in creating cheese from the human bacteria to showcase the different aspects of smell and microbial communities.

“Many of the stinkiest cheeses are hosts to species of bacteria closely related to the bacteria responsible for the characteristic smells of human armpits or feet,” they said. “Can knowledge and tolerance of bacterial cultures in our food improve tolerance of the bacteria on our bodies? How do humans cultivate and value bacterial cultures on cheeses and fermented foods? How will synthetic biology change with a better understanding of how species of bacteria work together in nature as opposed to the pure cultures of the lab?”

Agapakis admitted to NPR that people were a little weirded out by the idea.

"People were really nervous and uncomfortable, and kind of making these grossed out faces," she said. "Then they smell the cheese, and they'll realize that it just smells like a normal cheese."

But, the creators say that you can’t snack on this kind of cheese.

"This isn't cheese for eating," Agapakis said at Pop Tech. "This is cheese for thinking."

For more on how the cheese was made, watch the Selfmade video below.

These companies are covering travel costs for abortions
Michelle Castillo