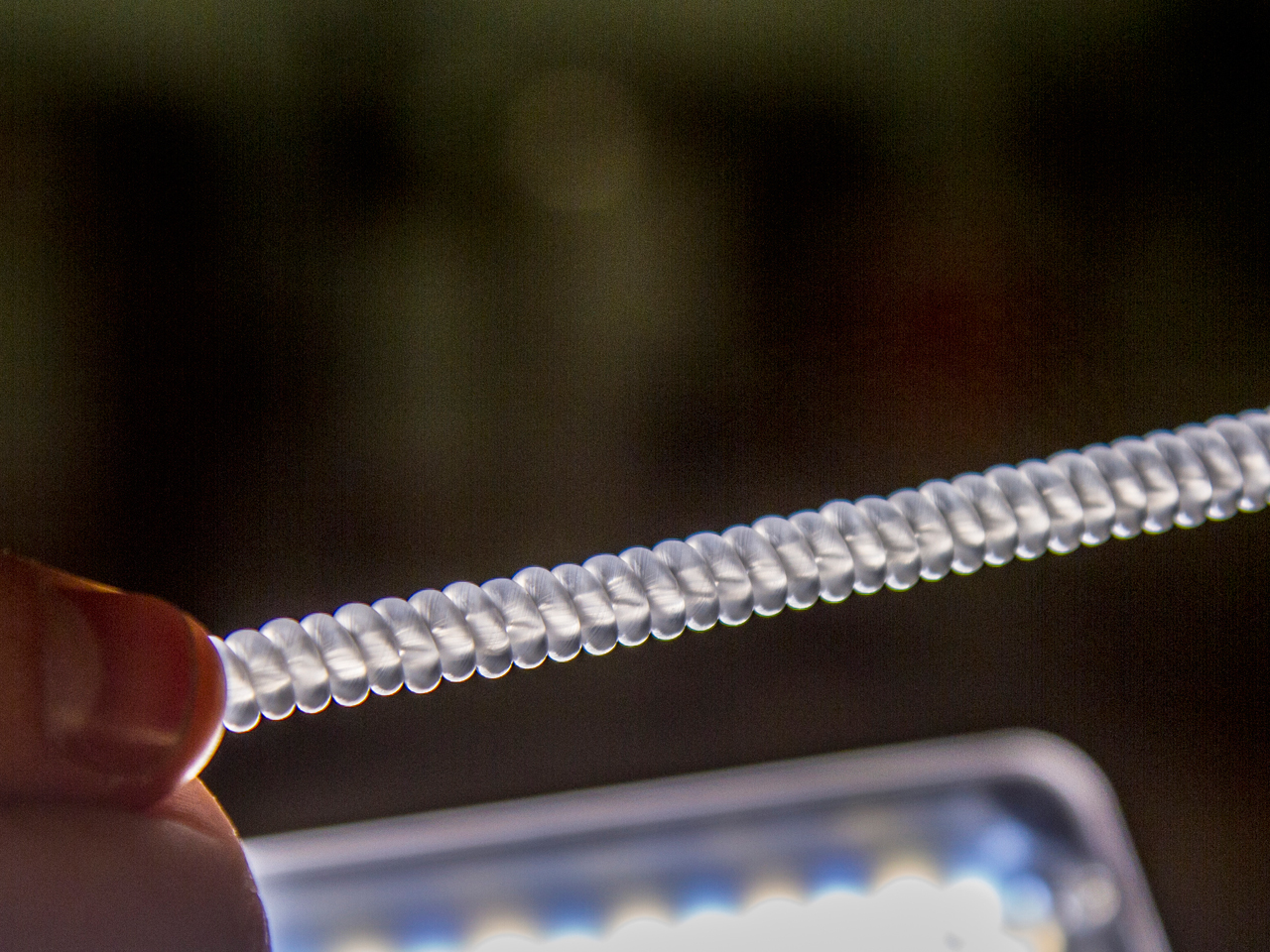 Scientists say they have created muscle fibers that are 100 times more powerful than human muscles, using only ordinary fishing line and sewing thread.

They hope the muscles can help people who wear prosthetic limbs, robotic exoskeletons and other medical devices, in addition to some futuristic robotic innovations for everyday life.

"The application opportunities for these polymer muscles are vast," scientist Dr. Ray Baughman, the Robert A. Welch Distinguished Chair in chemistry at the University of Texas at Dallas director of the NanoTech Institute, said in a statement.

Researchers twisted and coiled high-strength polymer fishing line and sewing thread to create the muscles. The project had input from an international team of scientists from universities in Australia, South Korea, Canada, Turkey and China.

The artificial muscles are powered by temperature changes, which scientists can manipulate electrically. The study’s authors add that environmental temperature changes may self-power them as well, furthering their potential uses.

Whereas natural muscle contracts 20 percent, the artificial muscles contract by about 50 percent in length.

In tests, the scientists twisted together the bundle of fishing lines that were about 10 times larger than a human hair. The muscle they produced was able to lift 16 pounds. But if scientists were to put 100 together -- similar to how natural muscles are configured -- the artificial versions would be able to lift almost a ton, said Baughman.

That means the muscles could be used for any application that requires superhuman strength, he added. Studies have looked at wearable exoskeletons for patients who are paralyzed from the waist down. These battery-powered devices allow paralyzed individuals to stand up and walk using crutches by having the user shift body weight, which triggers motors and hydraulic systems. But those devices are limited by size and weight and have limited dexterity and capabilities.

The same goes for today’s most advanced humanoid robots and bionic limbs, Baughman pointed out.

But the applications could be smaller in scale too. A polymer muscle smaller than a human hair could give humanoid robots more life-like facial expressions, or aid in robotic microsurgery procedures. They might also power miniature "laboratories on a chip," and devices that communicate the sense of touch from sensors on a remote robotic hand to a human hand.

Other possibilities include clothing that adjusts its fit when the temperature changes, or windows that open and close depending on what the weather is like.

The research was published Feb. 20 in Science.