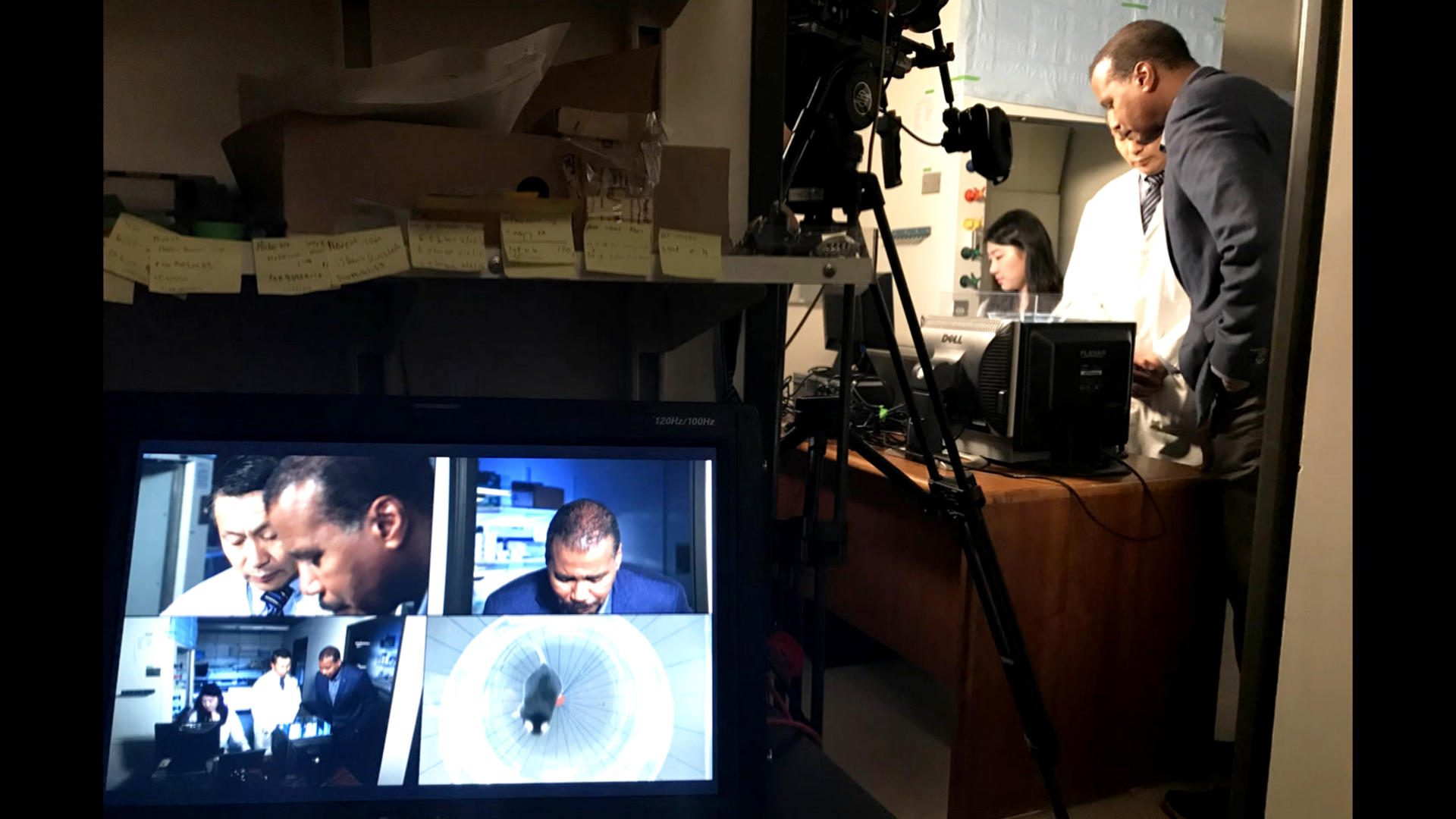 Scientists are excited about using CRISPR to treat genetic disease, but the devil's in the details.

Take, for example, treating cystic fibrosis. Scientists know that the hereditary disease is caused by the misspelling of a particular gene. Genes are made up of DNA, which is composed of chemical bases abbreviated by the letters A, T, G, and C. A genetic mutation that causes a disease like cystic fibrosis reads like a typo in the genetic instructions. If scientists can identify the typo, they can program CRISPR to try to correct it with the right sequence..

This week on 60 Minutes, correspondent Bill Whitaker reports on the gene-editing tool. Feng Zhang, a molecular biologist at the Broad Institute of MIT and Harvard, who has been working on CRISPR for seven years, explains how it works.

But using CRISPR to treat a person with cystic fibrosis will require a lot of engineering. Can scientists get it to the right place and into mutated cells? Will it be done effectively? Will it make any mistakes along the way? Eric Lander directs the Broad Institute and has mentored Zhang. He says that, in spite of the complicated and laborious process, these questions — and the conceivable treatment of a disease like cystic fibrosis — are at least possible today because of CRISPR.

"You can understand why I want to say, 'It's amazing,' and you also have to be careful and every single cure is going to take a lot of people working together to deliver it," Lander tells Whitaker in the video above. "But you couldn't have imagined such a cure. It wasn't even on your to-do list before CRISPR."

Some scientists who are using CRISPR to edit genes say that treating diseases such as cystic fibrosis, hemophilia, or ALS should take priority over attempting to prevent diseases outright by using the tool on human embryos. Editing genes in an embryo may have unintended consequences, Zhang says.

"Preventing disease, I think, is a little more complicated because it depends on how we're trying to prevent the disease. Some of them may have undesirable side effects that we don't fully understand," he explains in the clip above.

For example, one way to prevent HIV is to remove the CCR5 gene. But without that specific gene, a person's risk for West Nile virus increases significantly, Zhang says. In another case, removing a gene called PSK9 can significantly reduce cardiovascular disease — but it has also been shown to increase the risk for diabetes. Lander told 60 Minutes that genetic mutations which protect a person against norovirus also dramatically increase the risk of inflammatory bowel disease.

Moreover, genetically editing an embryo alters the human germline, meaning that a person who developed from a genetically modified embryo will pass their altered genes along to their children.

"That's definitely one thing that makes it controversial," Zhang says. "But a second thing is because we don't understand biology, we don't know what the consequences of those changes will be. And that's why we don't want to edit right now. We shouldn't."

Lander agrees. He argues for curing diseases in people today — not for tweaking genes in generations to come.

"Editing embryos, trying to change the next generation of humans is so fraught with issues, we better put up a big stop sign for now while we work through those issues because it's not easy to take that stuff back" he says in the clip above.

Lander wonders what happens if scientists get it wrong. How do scientists tell parents their children probably shouldn't reproduce? Even if the modifications succeed, he says, what happens if two people reproduce — but their altered genetics are now incompatible?

"A whole new generation of genetic matchmakers have to arise to see what's compatible with what…" he says. "I think we can afford to proceed a little slowly while we figure out how CRISPR works in much more urgent situations right now.

Dr. Paula Amato arrives at the CRISPR debate from a different perspective. An associate professor of obstetrics and gynecology at Oregon Health & Science University, Dr. Amato sees some patients who are having trouble becoming pregnant, often using in vitro fertilization. She argues for continued research into how CRISPR could be used to edit embryos to avoid genetic disease.

Dr. Amato says prevention is usually better than treatment, particularly from a cost perspective. And as a physician, she says she feels a sense of duty to help patients have children without passing on serious diseases to them.

"I think if there's a way to prevent pain and suffering in transmission of serious diseases, then I think we're ethically obligated to pursue that research and technology," she says in the clip above.

For Dr. Amato, figuring out how to edit disease out of an embryo safely and effectively should be an imperative, an extension of medicine as we know it.

60 Minutes' Nichole Marks produced Whitaker's piece on CRISPR this week on the broadcast. In the video above, she says the debate over CRISPR and its consequences will continue for years — even decades — to come.

"I really think it's that big of a deal," she says.

The 60 Minutes piece itself even took several years to germinate. Marks began researching CRISPR in 2014 and attended a National Academy of Sciences gene-editing summit the following year. At the time, the debate over tweaking human genes from the earliest stages of life was largely hypothetical. But last year, researchers at Oregon Health & Science University, along with other scientists, showed success using CRISPR to edit embryos.

And it won't be the last 60 Minutes story on CRISPR, she anticipates.

"There are entire biomedical firms created around CRISPR alone," she says. "So I think that this is the next big thing."

The videos above were produced and edited by Lisa Orlando, Will Croxton, and Sarah Shafer Prediger.

Bruno Mars on songwriting: "It has to sound like me"