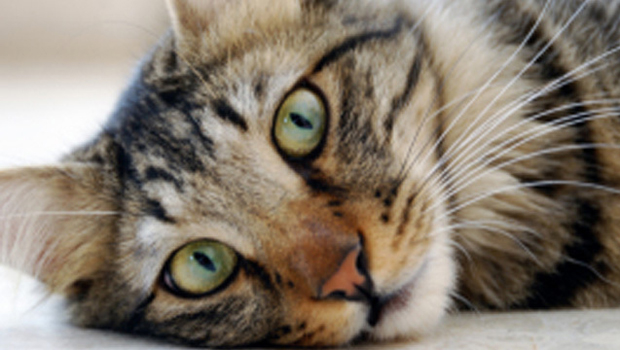 NEW YORK -- Anyone who’s ever owned a cat has probably wondered if their pet thinks of them as another cat.

It turns out they do, albeit a clumsy, overgrown oaf of a cat, according to a British biologist, reports CBS Connecticut.

Dr. John Bradshaw has studied felines for 30 years and has just released a book titled Cat Sense in which he traces the evolution of the cat/human relationship.

He notes that cats were never bred for companionship they way that dogs were.

Cats sort of adopted us and got used to hunting the rats and vermin that fed on the discarded food of early humans.

Bradshaw says cats live in a partly feral state and are not quite domesticated.

But just what is that builds those powerful bonds between cat owners and their furry friends?

It turns out cats treat humans as though they were the mama cat.

When a cat rubs against you with its tail straight in the air, it is checking to make sure you are not hostile.

Purring is associated with feeding as kittens and if a cat “kneads” you, that’s how it used to get milk from its mother.

Bradshaw says one sign cats are still mostly wild is that they will go out to breed with feral cats.

But he worries about the future of felines. CNET reports Bradshaw says ”cats now face possibly more hostility than at any time during the last two centuries.”

So remember next time your cat jumps on those clothes you just took out of the drier, he thinks you put it there for him.