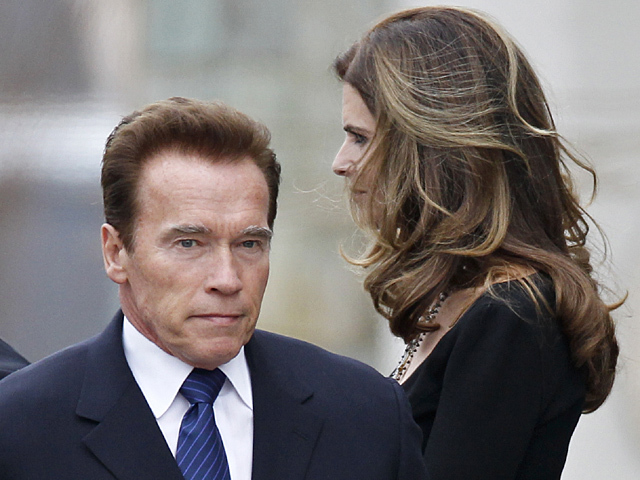 (CBS News) In an unaired clip from Lesley Stahl's revealing "60 Minutes" interview with Arnold Schwarzenegger, the former Calif. governor revealed what he was thinking the first time he met his future wife, Maria Shriver, at a tennis tournament in 1977.

"I was fascinated by her ... because she had an extraordinary look," he told Stahl. "She had the dark hair that I always loved in women. She had this big smile. She had the most extraordinary personality, laughing all the time, full of joy, full of energy ... I don't remember ever having met anybody like that."

Schwarzenegger spoke of Shriver as the total package, intellectually and physically but admits to focusing on a more physical asset when he met her mother, on the same day he first met SHriver.

Schwarzenegger also told Stahl he "fought tooth and nail" with writer and director James Cameron about his most famous, 'I'll be back' line, from the "Terminator" movie series.

"I always had difficulties with the short [words] ... I always felt weird about the 'I'll,'" he explained. "So I said, 'Maybe I should say I will be back.'" He added that he thought the phrase sounded "weak" and "feminine."

But, Cameron was adamant, according to Schwarzenegger. "He said 'See Arnold, I don't tell you how to act ... don't tell me how to write the script. I wrote 'I'll be back,' so don't rewrite it, please."