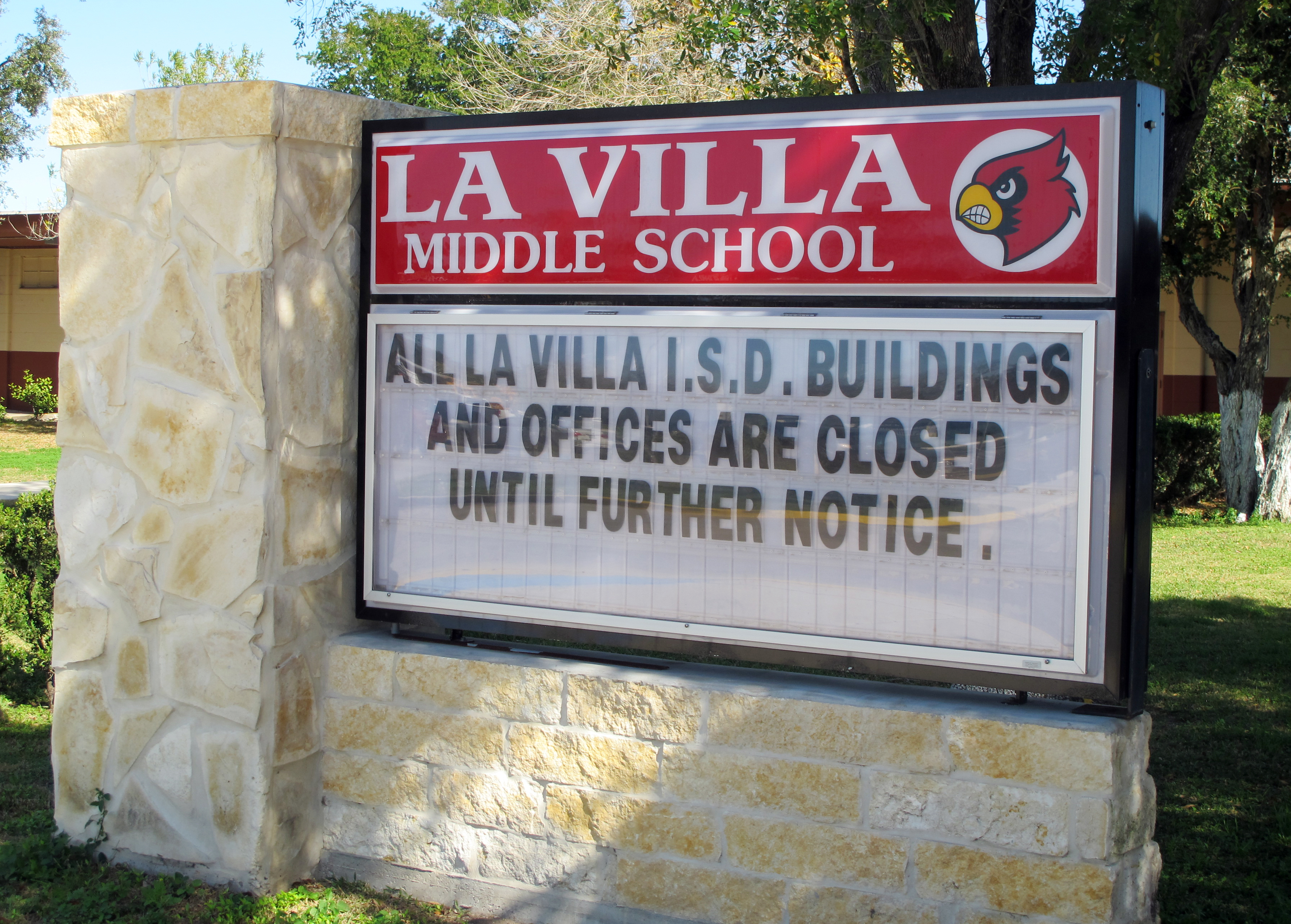 LA VILLA, Texas -- Students in a small South Texas town returned to classes Thursday after their winter break was extended by three days because of a dispute over a water bill.

All four schools in the La Villa school district reopened, welcoming back more than 600 students one day after a state agency refused to intervene, forcing the city and school district back into negotiations.

La Villa municipal leaders met Wednesday, conveying options for a compromise to the school district. The school board was expected to meet and vote on a compromise Thursday. But in a show of good faith the city restored water and sewer service overnight so classes could resume.

The schools' janitorial staff entered the campuses Wednesday night to flush the systems and ensure they were ready for students.

La Villa High School Principal Janie Farias said the first day back started as usual with kids coming in for breakfast and quickly congregating with their friends. She had only a few absences, a couple due to a death in the family and one that was going to receive a home visit.

"They're happy to be back in school," Farias said. She already has started formulating a plan to make up the three days students missed this week, including possible Saturday classes. State examinations are coming in the spring and Farias said, "I need to make sure those students are ready."

Abel Garza said his nephew was up and dressed bright and early for his first day back at elementary school Thursday. He had spent the extra days off just playing in the yard, Garza said.

La Villa is a rural community of about 2,000 people, 25 miles east of McAllen, near the Texas-Mexico border. Ninety percent of the district's students are economically disadvantaged.

The school district and city had been quarreling over water and sewer rates for more than a year. The city faced  financial troubles and an ailing water system. The school district felt like it was being squeezed and not at fault for the city's previous financial mismanagement.

In December 2011, the city approved adding a surcharge for water and sewer service to the school district on top of the usage rate. It initially was set at $10 per person - students and staff - but the district fought it down to $6 and the two sides inked an agreement in November 2012. The city commission turned around the following month and raised the surcharge to $14.

The city says the district owes about $58,000 on its water bill because it has refused to pay a higher rate set in December 2012. So, the district's water was cut off after students left for holiday vacation.

School was supposed to start up again Monday, but without water, classes were cancelled.

The district now has a choice between two rates, both less than specified in the rate ordinance, interim city attorney Roel Gutierrez said Wednesday night. One rate would be higher but would carry less back payments, he said.

School Superintendent Narciso Garcia said the school board will meet in an emergency session Thursday night.