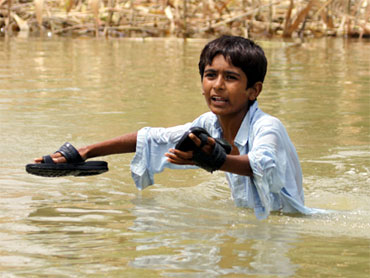 Walking is the healthy way for kids to get to school. But you might be surprised what we found out in an "Early Show" investigation: Kids could be most risk while walking to school -- in school zones.

"Early Show" Consumer Correspondent Susan Koeppen said, "At least two children have been killed by cars in school zones since the start of the school year."

We watched as car after car sped through school zones at double and even triple the speed limit."

Koeppen said this is something Officer Steve Lincoln sees all too often.

Lincoln stopped a driver and said, "You're doing 48 in a 20 mile an hour school zone."

Koeppen went to a school zone in Long Island, N.Y. and noted the zone clearly states 20 miles an hour. But almost every driver was speeding.

According to a speed sign, he was driving 45 miles per hour.

Koeppen asked one driver, "Did you know that you were going through a school zone?"

The driver answered, "I really didn't pay attention, if you really want to know the truth."

It's a nationwide problem, Koeppen said. According to the Transportation Research Board, more than 100 children are killed every year while walking to and from school. About 25,000 are injured.

Kevin Motley was hit by a driver speeding through a school zone. He was knocked unconscious. He spent three weeks in a coma.

Lynette Moore, Kevin's mother, said, "You have to be more aware and that's why they put into effect 20 miles an hour so you can react."

So just how important is it to obey the speed limit in a school zone? To find out, Koeppen went to the Consumer Reports Auto Test Track. David Champion, Consumer Reports director, showed her how long it takes to brake at different speeds.

He said, "We're just at 20 miles an hour and we're going to hit the brakes at this cone. And we come to a halt."

A cone marks the spot as the car increases the speed to 30 miles an hour. This time, the stopping distance was 41 feet, and they plowed right over that cone.

Champion said, "I'd hate to be that cone."

And at 40 miles an hour, Koeppen said it took them a whopping 68 feet until they came to a stop.

Champion said, "When you see those flashing lights, slow down. You could save a life."

As for Kevin, he suffered a serious brain injury. His mom successfully fought for a new traffic signal where we was hit, but still sees speeders here every day.

Moore said, "If I could hire someone to stand at every crosswalk in every school area, I would do it to make sure this never happens to another family."

Koeppen said, "Kevin was very lucky to have survived his accident. According to the National Highway Traffic Safety Administration, a crash at 30 miles an hour is eight times more likely to kill a pedestrian than a 20 mile-an-hour crash."