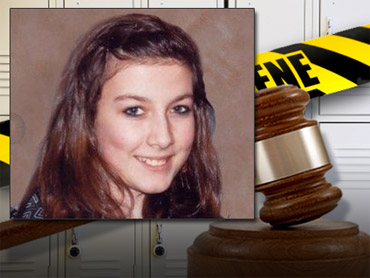 Three of the nine Massachusetts teens charged in the bullying suicide of 15-year-old Phoebe Prince pleaded not guilty on Tuesday. The teens didn't appear in the Hampshire County courtroom, but attorneys contended on their behalf that the felony charges -- ranging from statutory rape to stalking -- are too serious for these kids.

But Darby O'Brien, a friend of the Prince family, said on "The Early Show" Wednesday, the charges are appropriate.

"The (district attorney) took a very tough stand, and I think what the community's asking now and a lot of other people is, 'What about the adults? What about the school officials who, you know, run the school? How are we going to take them to task?' Because they're the ones who could have stepped in and stopped it."

So should everyone -- including the educators at Prince's school -- have some share in the blame for the girl's death?

Dr. Jennifer Hartstein, a child and adolescent psychologist, said, "Everybody needs to take some responsibility in this tragedy. The school does have a responsibility. You entrust your child's well-being to them for eight hours a day. And there was -- one of the charges is disruption of a school assembly -- so there was something going on in school. There needed to be more awareness and more attention to that. And because it was missed, we don't know what could have been prevented."

She added, "We need to really examine what's happening in our school system, that we're missing a lot."

The six other teens accused in the suicide death of Prince are scheduled to be arraigned in the future.

"Early Show" co-anchor Maggie Rodriguez said, "What's frustrating is that Phoebe's mother reportedly went to school officials and said, 'My daughter's being bullied. Please do something about it,' and allegedly they did not."

So what can parents do?

Harstein said Prince's mother, Anne Prince, deserves a lot of credit for doing everything a parent can do.

"Sometimes you need to just keep moving up to the chain of command, the teacher, the guidance counselor, the superintendent," she said. "And if nothing works, go to the police and say, 'Look, I have all of this evidence these things are happening. What can we do?' Because we really need to keep our children safe."

But O'Brien contended on "The Early Show" the bullying went on much longer at South Hadley High School.

"The district attorney said that this bullying was going on for three months, and the superintendent and principal said it went on for one week. And Phoebe Prince's mother Anne was actually in the school the week before, asking the questions that she had asked back in early November. She asked about, 'Is my daughter safe from this gang of girls?' Now, one thing most people don't realize is that Anne Prince is a schoolteacher. (She) works with kids close to Phoebe's age, so she knows what's going on. She's in a bigger, tougher school. And then her sister was in -- even before the school year started -- to tip off a friend of hers, who is the vice principal to look out for Phoebe because she was susceptible to bullying. So, they've had signals for months, and they didn't do anything."

O'Brien said the parents of the teens who have been charged should be as angry as everybody else in the community.

"The school system failed them, too," he said. "I mean, they didn't step in and they didn't stop it, and they're the only ones who could have."

O'Brien, who has two children - one of which attends the same school where Phoebe attended -- said he's concerned for his kids' welfare.

"(School officials) didn't do anything before. I mean, why should we think they're going to do anything up ahead?"

As for parents, Hartstein said it's important to pay attention to your kids' behavior because bullying can happen under the radar.

In fact, The National Education Association estimates that more than 160,000 children miss school every day because of fear of attack or intimidation by other students.

"You need to know your kid," Hartstein said. "Are they coming home from school very distressed? Are they avoiding school? Are they not doing as well in school? And also we want to make sure that if they get off the computer and they're upset, look at their text messages and are upset."

She added, "We can't forget that they're not safe anywhere anymore. Their home is being invaded, too. Constantly ask questions. Be involved. Know your children. And if you're worried, you need to ask those questions, as always. We've got to find out."