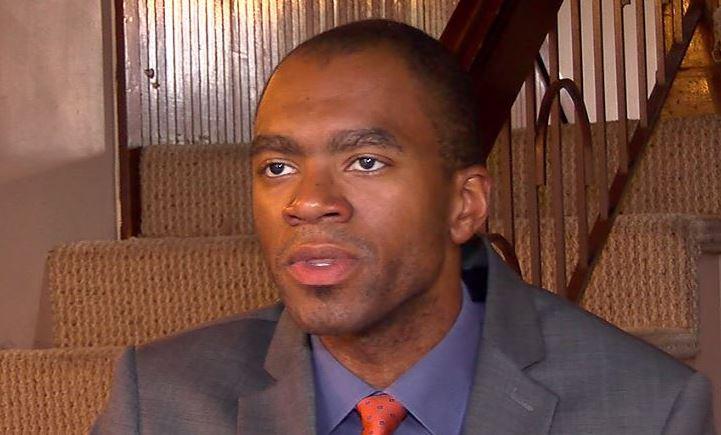 FAYETTEVILLE, N.C. -- A North Carolina high school teacher says he has been placed on leave after students say he stepped on an American flag as part of a history lesson.

Francis said he’s scheduled to meet with system officials on Thursday to discuss the incident stemming from a lesson in his history class.

News media outlets quote students as saying Francis asked students for a lighter or scissors, and when no one produced them, he put the flag on the floor and stomped on it. Reports quote Francis as saying on his Facebook page that he was discussing a court case involving flag desecration.

“I put it on the ground and I used my right foot and I took two steps on it, and immediately two kids get out of the room,” Francis told CBS affiliate WNCN.

“I think it’s inappropriate to teach that in school,” said Fayetteville resident Grayson Chavonne. “If he wants to do that in his own home that’s his prerogative, but it doesn’t need to be taught to our kids.”

“Clearly, there are other ways to teach First Amendment rights without desecrating the flag,” said Cumberland County Schools Superintendent Frank Till said in a statement released Tuesday.

But Francis is defending himself.

On Tuesday night, Francis confirmed to WNCN that he has been placed on paid administrative leave.

“We have a level of students that are mature and are expected to be mature,” he said. “So no, that was not the reaction I was expecting.”