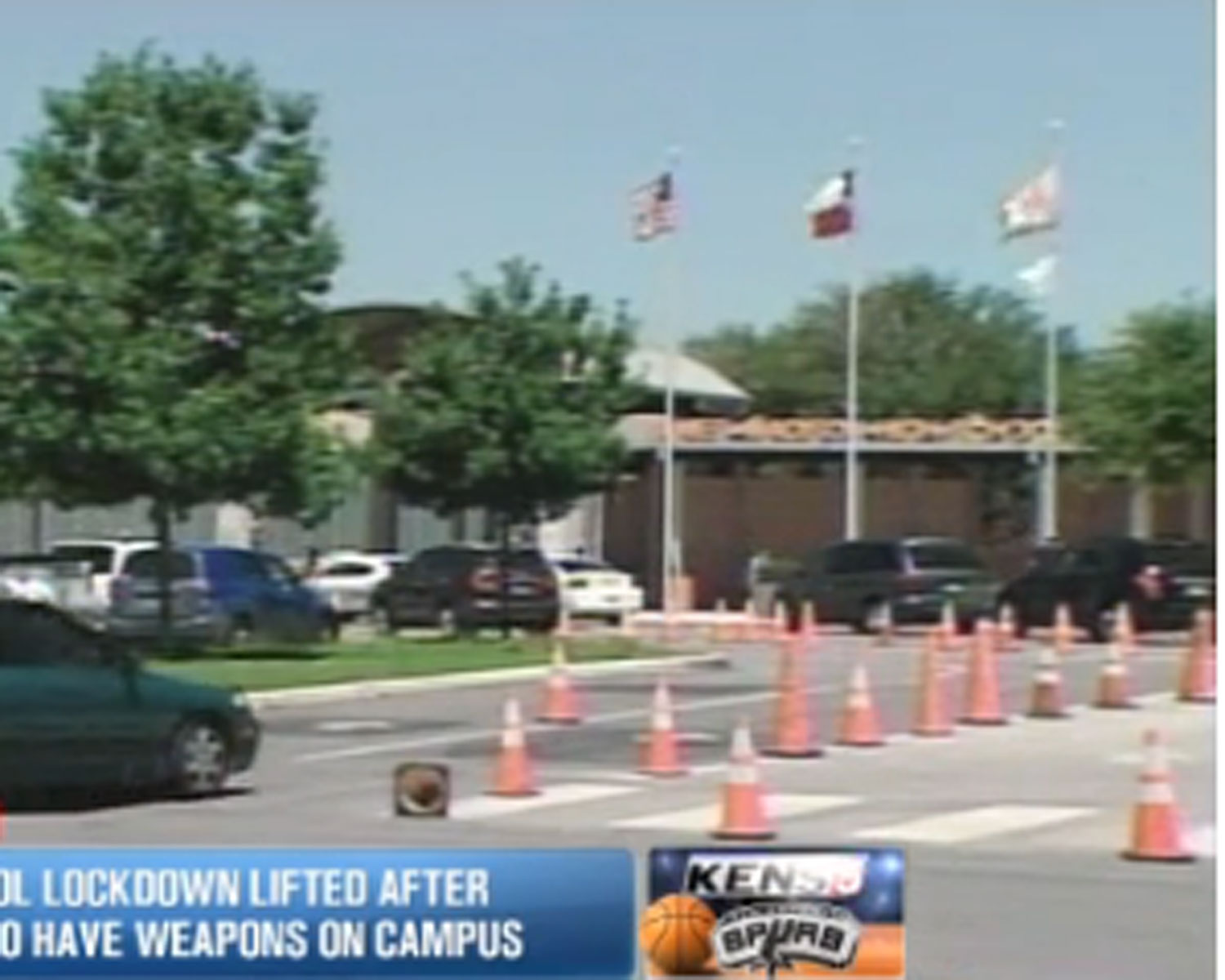 The male student was taken into custody after administrators found him with his backpack, allegedly containing guns and a knife.

North East Independent School District spokeswoman Aubrey Chancellor says the 17-year-old intended to take control of the intercom system Monday at Madison High School during morning announcements. She says if his demands weren't met, he was planning to use a loaded AK-47 that he hid in a bathroom and two loaded handguns he stashed in his backpack along with ammunition.

School officials were alerted by the boy's parents. They awoke Monday to find him missing, along with the weapons they kept in the home.

NEISD officials said the student will be charged as an adult for a terroristic threat and for possession of guns in a prohibited area, according to KENS5.com.

The student had been reported as a runaway by parents. They came to school and met with their child and administrators. NEISD officials said the parents requested that administrators search his backpack, where they allegedly found two guns, a knife and additional magazines of ammunition.

Officials said the student admitted to hiding an AK-47 in the restroom, too. The student said he had planned to make some demands on the school's public address speakers, says the station.

"The student did tell police officers that it was his intention that he was going to come over the announcement the intercom system at the school and that he was going to make a list of demands he said if those demands were not met then he would act," Chancellor said per KENS. All of the weapons and ammunition were recovered.

"It appears that this person acted alone and there is no reason to believe that there are any other suspects," Chancellor said.

The school was placed on lockdown, but there were no reports of injuries or of shots being fired.

CBS7.com reported that Chancellor said the teen was upset with a teacher.